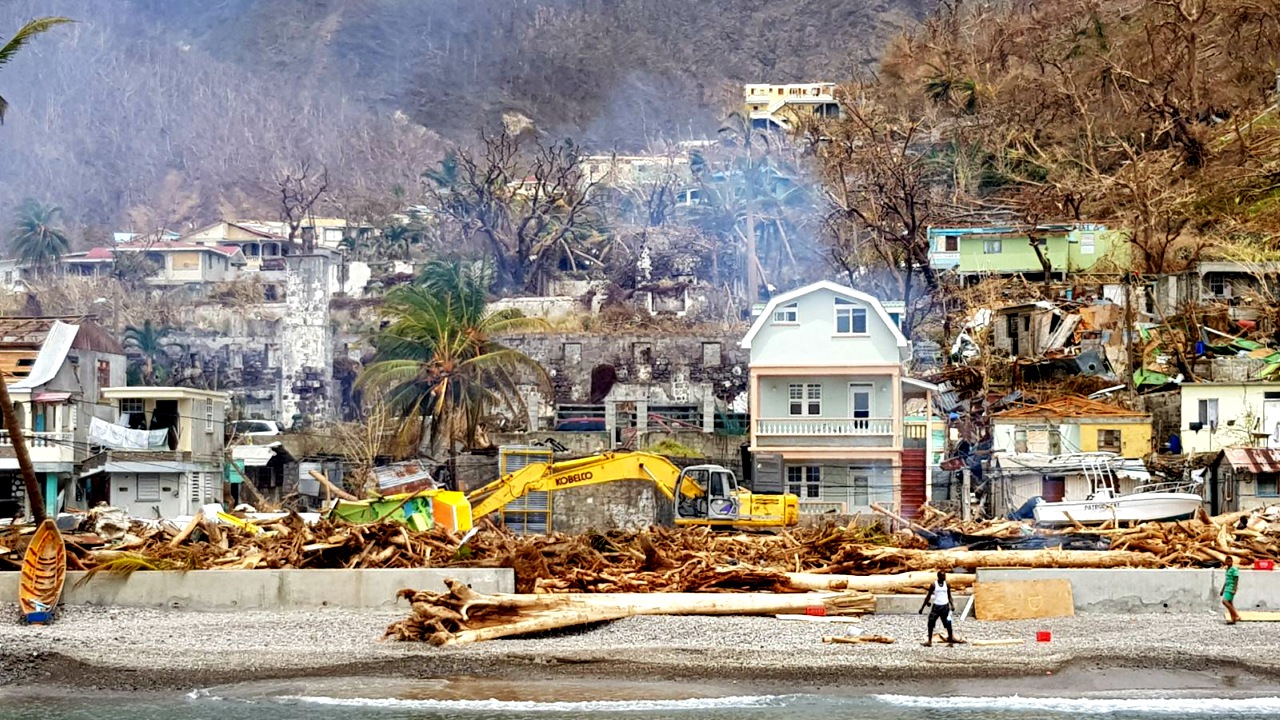 The recovery of eastern Caribbean islands hardest hit by recent hurricanes, including Dominica, Barbuda, Turks and Caicos, the British Virgin Islands and Anguilla, could cost up to $1 billion, a senior U.N. official said Tuesday.

"It's going to be a large-scale rebuilding effort that will take time," said Stephen O'Malley, the U.N. resident coordinator for Barbados and the Organization of Eastern Caribbean States, "and it will be important to do that right."

He told U.N. correspondents in a phone briefing from Dominica that "we don't have exact figures yet," but for the worst-affected islands the recovery bill will be "half a billion to a billion dollars."

O'Malley said the United Nations, World Bank and Antigua government have conducted a post-disaster needs assessment for Barbuda, whose 1,800 residents were evacuated to Antigua before Hurricane Irma damaged 95 percent of its structures on Sept. 14. And he said a similar assessment will be done in Dominca, which was ravaged on Sept. 18 by Hurricane Maria, a Category 5 storm, probably in about three weeks.

"They want to build back better and they take that very, very seriously — to make sure that that can be done," O'Malley said.

He made an impassioned case for the world to do more to help vulnerable countries cope with the effects of global warming and urged the U.N. General Assembly 10 days ago to "let these extraordinary events elicit extraordinary efforts to rebuild nations sustainably."

O'Malley said the effects of climate change are evident in the Caribbean, where the sea is heating up.

"The fact that the Caribbean Sea heats up, it intensifies the strengths of hurricanes; it doesn't necessarily make them more frequent but it intensifies" the storm, he said.

O'Malley said the challenge for the islands in rebuilding is: "How do you protect yourself against that? How do you ensure that you have a resilient state and a resilient economy if you know that the risk factors are going to be elevating in this next period of time?"

As for immediate disaster relief following Hurricanes Irma and Maria, he said, regional efforts and military assistance from outside the region have been critical.

He singled out the Caribbean Disaster and Emergency Management Agency which sent a ship from Barbados to Dominica with initial aid workers the day after Hurricane Maria devastated the island.

When he landed at the airport in Dominica on Tuesday, he said there were policemen from St. Kitts, soldiers from Jamaica and Trinidad and Tobago securing the airport and other sites.

"That has helped the government set itself back up — that regional solidarity," O'Malley said.

He said Dominica has also benefited from timely military support, especially helicopters and water desalination plants on naval vessels that produced water that could be taken inland and distributed.

He singled out military help to Dominica from Venezuela, United States, United Kingdom, Canada, France and the Netherlands.

Compared with the situation a week ago, O'Malley said he could already see some green returning to the almost totally brown island, streets were clear, roads were opening up, power and water supplies were being restored and the port was open. Now, he said, power and water need to be restored to everyone on Dominica and the economy needs to start operating quickly.

Essential services being restored in Dominica