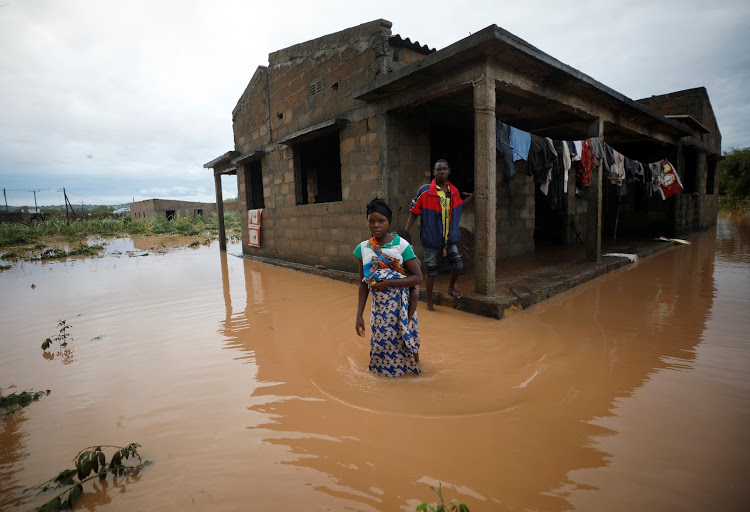 With Mozambique’s population struggling from the devastation of two major cyclones in the space of two months, “signs of despair” are now evident, UN agencies told journalists, as a brief respite from heavy rains gives aid workers a chance to take stock of the damage.

Tropical Cyclone Kenneth made landfall in northern Mozambique five days ago, on April 25, near the border with Tanzania, as the country was still struggling with the aftermath of Cyclone Idai, which hit further south. Cyclone Kenneth struck in an area where no tropical cyclone has been observed since the beginning of the satellite era, and there is no record of two storms of such intensity striking Mozambique in the same season.

Jens Laerke, spokesperson of the Office for the Coordination of Humanitarian Affairs (OCHA) told reporters on Tuesday in Geneva, “the heavy rains following Cyclone Kenneth which hit the northern part of the country five days ago, have paused around Pemba, and aid workers are working as fast as they can to prepare flights to deliver aid.”

He noted that the pause in rains is just temporary as “aid workers will also do further damage and needs assessments while they can as more rain is expected in the coming days, turning the response into a start-stop operation.”

Several areas of Pemba, the capital of the northern province of Cabo Delgado, were completely flooded. In the most deprived areas, houses had collapsed, and flash floods left mud and debris all over the streets. Children are not at present attending schools, and school buildings are being used as shelters. Many families have lost all their property, including plantations and livestock, according to UN agencies.

Charlie Yaxley from the UN Refugee Agency (UNHCR) reported that their team in the area was evaluating the needs of the communities in the aftermath of the storm, noting that assistance is on its way.

He noted that ‘comprehensive help’ was needed in Pemba as “a number of houses are damaged and will need repairing. Communities are organizing themselves to clean up streets and remove the sand and debris brought in by the storms. Despair is evident.”

Hervé Verhoosel told journalists that WFP has been using two MI-8 helicopters to transport food to areas that are increasingly difficult to reach due to flooding but operations started on Saturday and are currently ongoing.

Verhoosel also said that just this morning, “the first flights took off to Quissanga with 2.88 metric tons of high-energy biscuits plus one ton of food provided by the government and 100 kilogramme of health and wash supplies for other agencies.”

In conjunction with the work being done by other UN agencies, the World Health Organization (WHO) is in touch with Cabo Delgado health authorities, monitoring the situation there to assess increased risk of water-borne diseases. WHO has sent a team with epidemiologists, doctors, logisticians, and water and sanitation experts to assess the needs of the area in order to try and mitigate any risk of communicable diseases that are prone to occur in these circumstances.

Speaking for the World Health Organization, Tarik Jašarević shared concerns about “communicable diseases, especially about Malaria and Cholera. These zones are endemic so obviously depending on the destruction and rain, there could be increased risk of water-borne diseases.”

Forecasts predict that up to 50mm of rainfall per day is expected over much of the Cabo Delgado province of northern Mozambique from 29 April to 1 May, with more than 100mm expected in some localised areas.

Clare Nullis from the World Meteorological Organization (WMO) noted that in a situation like this when any drop of rain is one too many, these are huge amounts.

Nullis said, “these are huge amounts of rainfall, falling onto already waterlogged soils. The rivers are already full. It’s the end of the rainy season, so the results have been, you know, pretty catastrophic,” adding that, “although they can’t say just yet that Cyclone Idai and Cyclone Kenneth are occurring as a direct result of climate change, the impacts of both storms are certainly “intensified because of climate change and because of sea-level rise.”

Cyclone Kenneth struck on the eve of a week-long WMO fact-finding mission to Mozambique to discuss with authorities the lessons learned from Cyclone Idai and future measures to improve the effectiveness of early warnings and public safety. The impact of climate change and sea level rise on Mozambique’s resilience to such tropical cyclones and extreme weather is also likely to feature in the discussions.

The Latest: Mozambique death toll jumps to 38 after cyclone