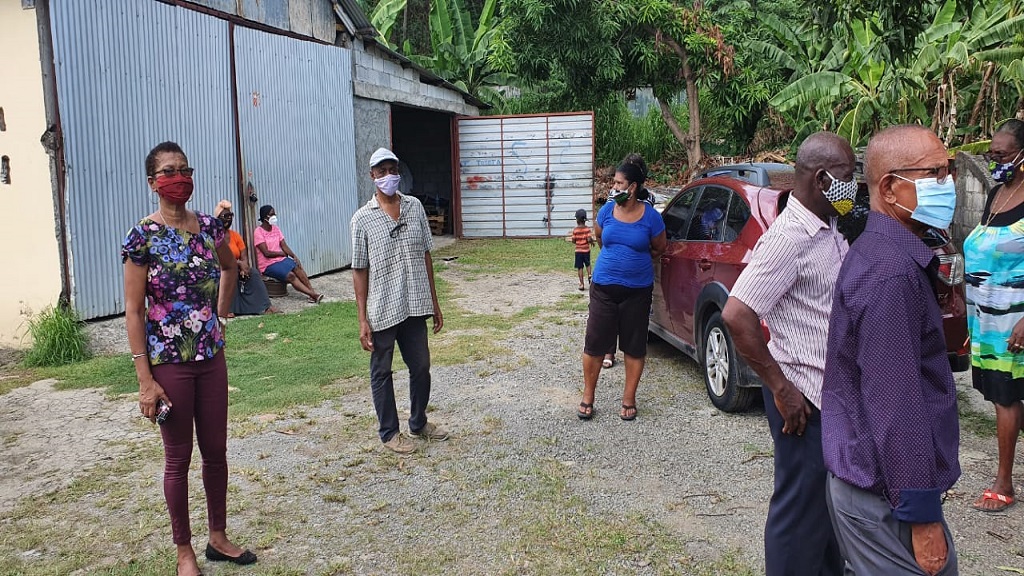 Irate residents of Grande Riviere, Gros Islet took to the media Tuesday to express their displeasure in current road works being undertaken by the Ministry of Infrastructure.

The works, which began in June 2020, are expected to see the resurfacing of the entire road from the Marisule/Corinth junction through to Grande Riviere with the installation of proper drainage and sidewalks.

However, several weeks after the road was graded, works appear to have been halted with no explanation given to residents as to why.

According to the frustrated residents, the current state of the road is causing continued damage to their properties in addition to posing a serious issues to their health.

"Some two months ago a particular contractor came in with some equipment did a little escavating of the road then followed with one-ton industrial bags of cement which they perforated, hooked on a truck and that's when the dust all started," Grande Riviere resident for over forty years, John Michel explained.

He continued: "An equipment was pulling the cement bag in the most primitive way I've ever seen road construction done. After a high percentage of the cement was in our nostrils, our throats and all over, they passed with a water truck, sprinkled and rolled. This is all that has happened for the last two months. So we inhale that toxic substance causing irritation to our nostils, our eyes, our throats, lunches and God knows where... it has become unbearable."

The residents, who appear to be at their wits' end, say they use their own resources to water the highway because, according to them, the water truck is not effective in bringing some sort of comfort to them.

This puts them at a greater risk of being arrested for violating the water emergency protocols.

"You sweep now or you vacuum or you wash out, before you know it you have to do it again. By the time the truck goes up and comes back down, the area is already dry, and it is not dust...it is CEMENT. Every vehicle that passes sends a cloud of dust in the various homes," Michel said.

Mr Patrick Hippolyte maintains says the matter is not one of politics but one of health which is extremely concerning to all residents, especially those who live between Ti J's Supermarket and the White Rock Junction.

"This piece of road was perfect, there was absolutely nothing wrong with it," Hippolyte said, noting that the project should have began in the Marisule/Corinth Road and done in stages so that residents would not be severely affected as they are now.

"I have nothing with development, I know we would have endured a bit of discomfort but this discomfort is too long. It's about ten weeks the people are working on this road. Some days they work, some day there is absolutely nothing going on," he observed.

The residents said they have made attempts to engage the contractor on the matter, but no one seems to be in a position to give an explanation.

"We need some sort of comfort, somebody to tell us what is going on. We are hearing that they have to put drainage, sidewalk, but all that should have been done first before they did what they do there, right now we don't know when we going get some ease as far as that construction is concerned," Hippolyte said.

"We did not ask for that you know? We asked for speedbumps to save our lives, there is a preschool there and these idiots drive like there is no concern. When it rains we get flooded here... all I have asked for the over forty years is to give us some degree of comfort where our lives is concerned," John Michel lamented.

Attempts to get comments from the relevant authorities were unsuccessful.