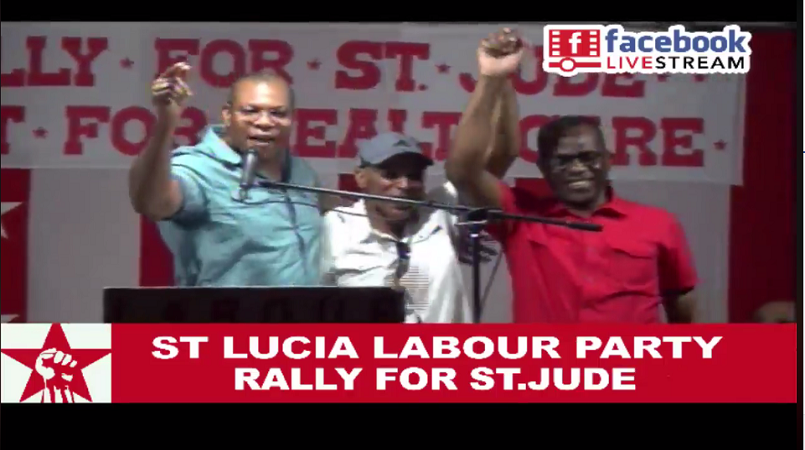 “There will be only one party fighting against the United Workers Party!”

The SLP-hosted rally provided a platform for party outsiders to have their say on the state of healthcare. At the conclusion of Alexander’s remarks he said, “I can promise you, all of us need to stand up. Mr Pierre, I’m making that pledge to you tonight. Mr Prudent, I also want you to make that pledge. There will be only one party fighting against the United Workers Party! And I want Mr Pierre and Mr Prudent to come let us embrace… One party! Fighting the United Workers Party! And we going to get them out of office and do what is right for our country.”

Meanwhile in Micoud at the UWP National Public Meeting, Minister Guy Joseph issued a challenge to all those who oppose the government's approach to St Jude to debate him on the subject on television.