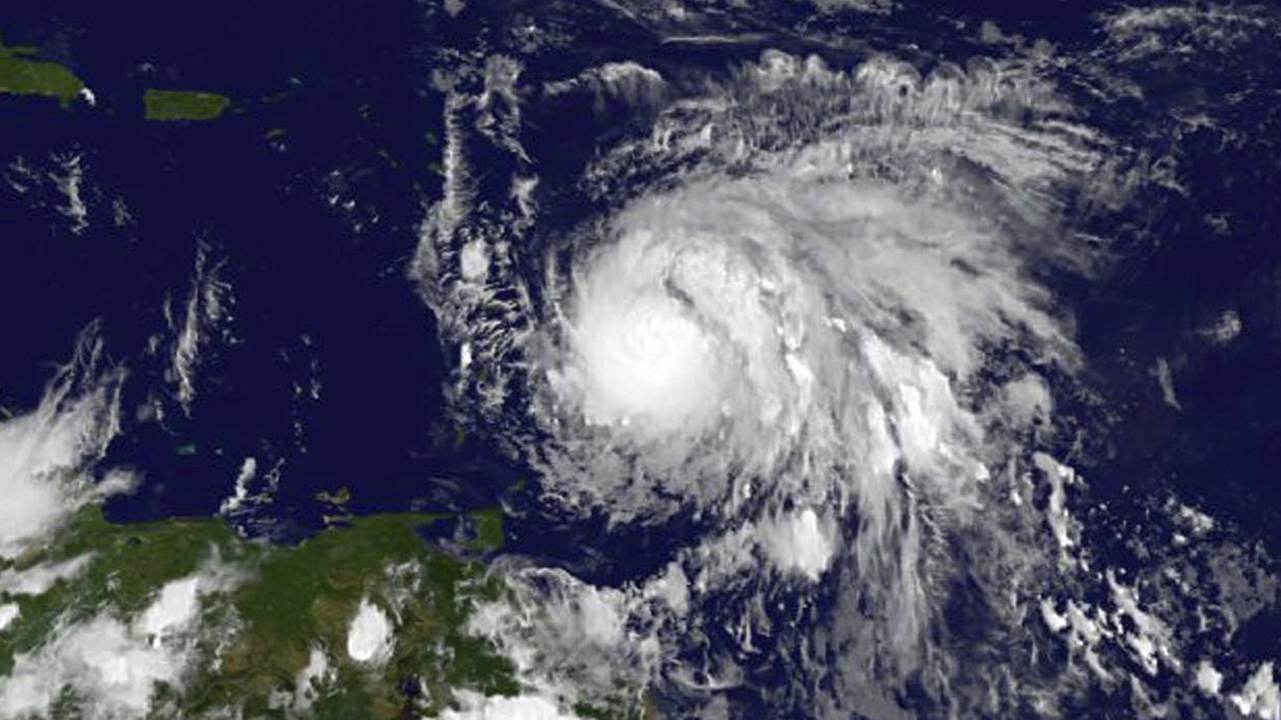 The eye of "potentially catastrophic" Category 5 Hurricane Maria is moving over Dominica, battering the island with winds sustained wind speeds of 160 mph.

Prime Minister Roosevelt Skerrit illustrated the intensity of the hurricane in a series of Facebook updates, describing the winds as "merciless" and later saying he had to be rescued from his house which began to flood after the roof blew off.

Hurricane conditions are expected to continue over the island for the next few hours.

Maria made landfall in Dominica earlier in the night and at 11:00 p.m., the centre of Hurricane Maria was over the island, near latitude 15.5 North, longitude 61.4 West.

Maria is moving toward the west-northwest near 9 mph (15 km/h), and this general motion is expected to continue through Wednesday.

On the forecast track, the eye of Maria will move over the northeastern Caribbean Sea on Tuesday and approach the Virgin Islands and Puerto Rico Tuesday night and Wednesday.

Reports from an Air Force Reserve Hurricane Hunter aircraft indicate that the maximum sustained winds are near 160 mph (260 km/h) with higher gusts. Some fluctuations in intensity are likely during the next day or two, but Maria is forecast to remain an extremely dangerous hurricane while it approaches the Virgin Islands and Puerto Rico.

Hurricane conditions should spread through the remainder of the Hurricane Warning area Tuesday and Wednesday.

Hurricane conditions are possible within the Hurricane Watch area in the Dominican Republic late Wednesday, with tropical storm conditions possible by early Wednesday.

Wind speeds atop and on the windward sides of hills and mountains could be much stronger than the near-surface winds indicated in this advisory.

STORM SURGE: A dangerous storm surge accompanied by large and destructive waves will raise water levels by as much as 7 to 11 feet above normal tide levels in the hurricane warning area near where the center of Maria moves across the Leeward Islands and the British Virgin Islands.

The combination of a dangerous storm surge and the tide will cause normally dry areas near the coast to be flooded by rising waters moving inland from the shoreline. The water is expected to reach the following heights above ground if the peak surge occurs at the time of high tide: Puerto Rico and the U.S. Virgin Islands - 6 to 9 ft

The deepest water will occur along the immediate coast near and to the north and east of the landfall location, where the surge will be accompanied by large and destructive waves. Surge-related flooding depends on the relative timing of the surge and the tidal cycle, and can vary greatly over short distances.

RAINFALL: Maria is expected to produce the following rain accumulations through Thursday:

Rainfall on all of these islands could cause life-threatening flash floods and mudslides.

SURF: Swells generated by Maria are affecting the Lesser Antilles. These swells are likely to cause life-threatening surf and rip current conditions.

Hurricane Maria has strengthened into an "extremely dangerous" Category 5 storm.

The eye of the potentially catastrophic category 5 hurricane and its intense inner core is nearing Dominica.

Residents in various parts of the island have been reporting heavy rain, high winds and lightning, as well as galvanize blowing around, trees breaking and damage to roofs.

Maria is moving toward the west-northwest near 9 mph (15 km/h), and this general motion is expected to continue through Wednesday.

On the forecast track, the core of Maria will move near Dominica and the adjacent Leeward Islands during the next few hours, over the extreme northeastern Caribbean Sea the remainder of tonight and Tuesday, and approach Puerto Rico and the Virgin Islands Tuesday night and Wednesday.

Maximum sustained winds are near 160 mph (260 km/h) with higher gusts. Some additional strengthening is possible tonight, but some fluctuations in intensity are likely during the next day or two.

A Hurricane Warning is in effect for...

A Tropical Storm Warning is in effect for...

A Hurricane Watch is in effect for...

A Tropical Storm Watch is in effect for...

* St. Vincent and the Grenadines

* West of Puerto Plata to the northern Dominican Republic-Haiti border

Dominica in the path of ‘extremely dangerous’ Hurricane Maria

Storm Warnings - What do they mean?