US$ 2.6 billion Pearl of the Caribbean development to bring jobs 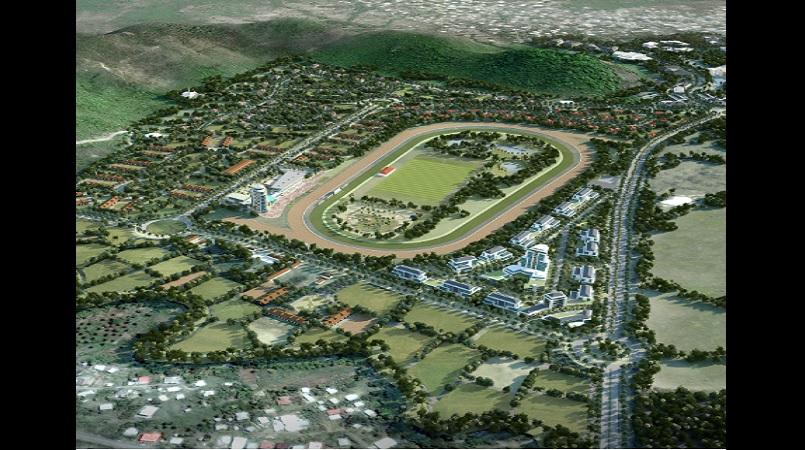 Saint Lucia is to become home to an iconic resort and lifestyle development after Prime Minister Hon. Allen Chastanet signed an agreement, Friday, to build the first and only international-standard integrated development.

The "Pearl of the Caribbean" is valued at over USD$2.6 billion and occupies 700-acres in the south of the island. The project will comprise a marina, a racecourse, a resort and shopping mall complex, casino, Free Trade Zone, extensive entertainment and leisure facilities, eco-tourism as well as architecturally designed villas and apartments.

The agreement was signed by the Government of Saint Lucia and the project’s master developer, DSH Caribbean Star Limited in Saint Lucia. Construction of the initial phase of the project is set to commence in 2017.

Friday’s signing marks a significant milestone in the three years of negotiations between DSH Caribbean Star Limited and key agencies of the Government of Saint Lucia including Invest Saint Lucia (ISL), the Citizenship by Investment Unit (CIU) and the Development Control Authority (DCA).

The Pearl of the Caribbean is also set to play a lead role in the development of a new horse industry in Saint Lucia, proving a new tourism and entertainment option for international tourists as well as new employment opportunities for locals. Upon completion, the project will be able to house more than 1,000 racehorses and have the capacity to hold feature racing carnivals, establishing Saint Lucia as a racing and entertainment centre in the Caribbean and leveraging off the international appeal of the sport to promote Saint Lucia to a diverse audience base.

The announcement of the Pearl of the Caribbean is the latest high profile step in Saint Lucia’s drive to create new industry and bring in new investments. Today’s signing follows on from the government’s launch of the Saint Lucia Citizenship by Investment Program in January 2016 and confirmation of the extensive upgrading of the Hewanorra International Airport which is located only two kilometres from the Pearl of the Caribbean Development.

The objective of the master plan proposal is to create a new tourism district targeting not just the short term visitors to Saint Lucia but investors in the properties such as the Homestead Villas, waterfront Villas and other commercial properties.

The Pearl of the Caribbean is expected to appeal to international investors, especially in emerging markets like China, South East Asia and Russia. The Pearl of the Caribbean proves high quality investment opportunities and resort style living on an island famed for its unspoiled beauty, pristine beaches and World Heritage sites. Investment opportunities in this project also qualify for Saint Lucia’s Citizenship by Investment Program.

China’s booming investment and outbound tourism sectors have significantly boosted economies across Europe, North America, South East Asia and Australasia over the last decade. In 2015 the World Travel and Tourism Council stated that Chinese outbound tourists spent a staggering USD$215 billion, a 53 percent increase on the USD$140 billion spent in 2014.

DSH Caribbean Star Limited is an affiliate of Desert Star Holdings Limited, a Hong Kong-based registered management and investment company with international investments in commercial and equine property. Last month Desert Star Holdings and a joint venture partner signed two significant agreements in China to kick start a commercial breeding industry in Ordos, Inner Mongolia and to manage the country’s premier racecourse, Ordos Yiqi Racecourse, in the same region. It is estimated that China’s horse industry has the potential to generate up to USD$2 billion in direct economic benefits over the next decade. The total direct and indirect economic impact of a commercial equine industry on the Chinese economy may be as much as USD$8 billion which includes the creation of 34,000 new jobs. The first notable event held in China since this announcement will be the CECF Ordos (20-21 August), an event founded by the China Horse Club.