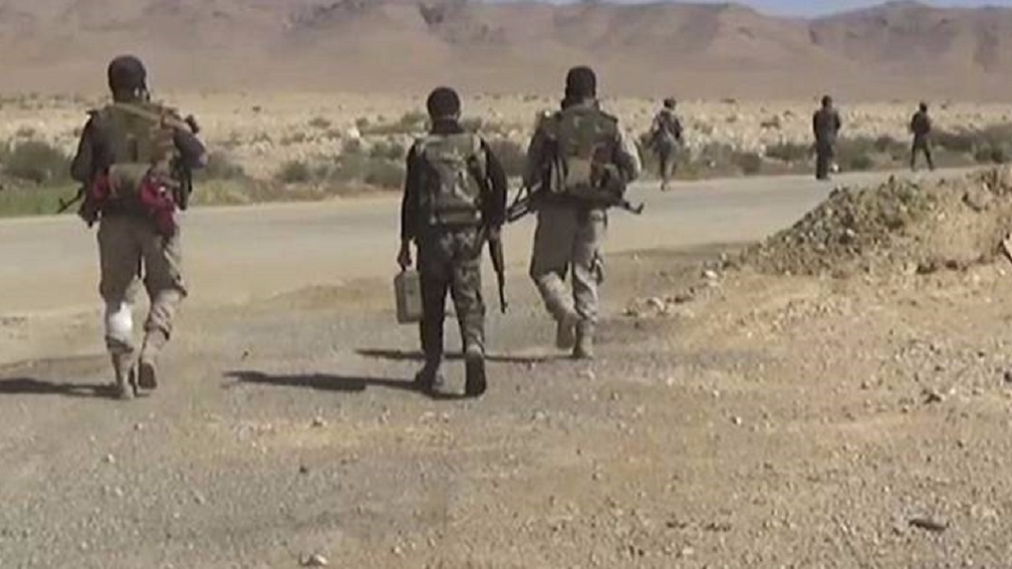 U.S-allied fighters said they captured Syria's largest oil field from the Islamic State group on Sunday, marking a major advance against the extremists and seizing an area coveted by pro-government forces.

With IS in retreat across Syria and neighboring Iraq, the Kurdish-led Syrian Democratic Forces and the Syrian government have been in a race to secure parts of the oil-rich Deir el-Zour province along the border.

The SDF, with air support from the U.S.-led coalition, said Sunday it captured the Al-Omar field in a "swift and wide military operation." It said some militants have taken cover in oil company houses nearby, where clashes are underway.

The Britain-based Syrian Observatory for Human Rights said pro-government forces retreated from the area around Al-Omar field after coming under heavy fire from IS. The SDF said government forces are three kilometers (two miles) away from the fields.

Syrian troops, backed by Russian warplanes and Iranian-sponsored militias, have retaken nearly all of the provincial capital of Deir el-Zour, as well as the town of Mayadeen, which is across the Euphrates River from the Al-Omar field.

The SDF have focused their operations on the eastern side of the river, and have already seized a major natural gas field and other smaller oil fields.

Omar Abu Layla, a Europe-based activist from Deir el-Zour who monitors the fighting through contacts there, said SDF forces have entered the field but are still clashing with militants in the adjacent houses.

IS captured Al-Omar in 2014, when the group swept across large areas in Syria and neighboring Iraq. The field was estimated to produce around 9,000 barrels a day, making it a key source of revenue for the extremists. Its current potential is unknown, following a series of strikes on IS-held oil facilities by the U.S.-led coalition.

The government lost the al-Omar field to other insurgents in 2013.

Al-Manar TV, operated by Lebanon's Hezbollah, said the fight for Al-Omar was still underway and denied the SDF's claim to have captured it. The militant group is fighting alongside Syrian President Bashar Assad's forces.

IS has suffered a series of major setbacks in recent months, including the loss of the Syrian city of Raqqa, once the extremists' self-styled capital, and the Iraqi city of Mosul. Most of the territory the group once held has been seized by an array of Syrian and Iraqi forces.