US hearing on reparations for slavery set for next week 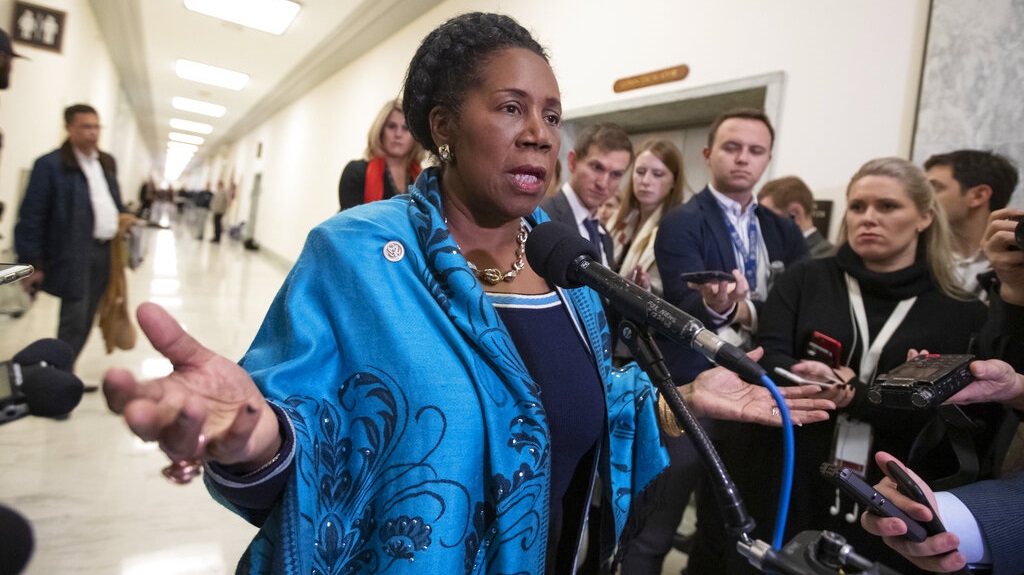 In this Dec. 7, 2018, file photo, U.S. Rep. Sheila Jackson Lee, D-Texas, speaks to reporters on Capitol Hill in Washington. The topic of reparations for slavery is headed to Capitol Hill for its first hearing in more than a decade. Jackson Lee, the resolution's new sponsor, pushed for the hearings, scheduled to begin Wednesday, June 19, 2019. (AP Photo/J. Scott Applewhite, File)

The topic of reparations for slavery is headed to Capitol Hill for its first hearing in more than a decade with writer Ta-Nehisi Coates and actor Danny Glover set to testify before a House panel.

The House Judiciary Subcommittee on the Constitution, Civil Rights and Civil Liberties is scheduled to hold the hearing next Wednesday, its stated purpose "to examine, through open and constructive discourse, the legacy of the Trans-Atlantic Slave Trade, its continuing impact on the community and the path to restorative justice." The date of the hearing, June 19, coincides with Juneteenth, a cultural holiday commemorating the emancipation of enslaved blacks in America.

Former Democratic Rep. John Conyers of Michigan, the longtime sponsor of House Resolution 40, first proposed the measure calling for a study of reparations in 1989. Conyers reintroduced the bill every session until his resignation in 2017.

Texas Democratic Rep. Sheila Jackson Lee, the resolution's new sponsor, introduced it earlier this year and pushed for next week's hearing. House Speaker Nancy Pelosi said in February that she supports a reparations study, a topic that hasn't been the subject of a House hearing since 2007.

Reparations had been a fringe issue and occasional punchline until Coates' 2014 essay in The Atlantic, "The Case for Reparations," thrust the topic back into the national discourse. Glover, an activist as well as the star of the "Lethal Weapon" movies and the classics "The Color Purple" and "A Rage in Harlem," has spoken in favor of the issue for years.

In an interview with Coates as he prepared to leave office, President Barack Obama questioned the implementation of reparations but not the concept. And in a conversation, Coates had earlier this year with Rep. Alexandria Ocasio-Cortez, D-N.Y., the popular progressive endorsed reparations.

The reparations debate became part of the 2020 presidential race early, as several Democratic presidential primary candidates signalled their support for compensating the descendants of slaves, though not in the traditional sense of direct payouts to black Americans. Most have been vague on more specific ideas, but they have instead offered policies addressing economic inequality that could disproportionately benefit blacks.

Black Twitter roasts Kanye for 'slavery is a choice' comments