US Open 2019: Federer loses US Open QF to Dimitrov 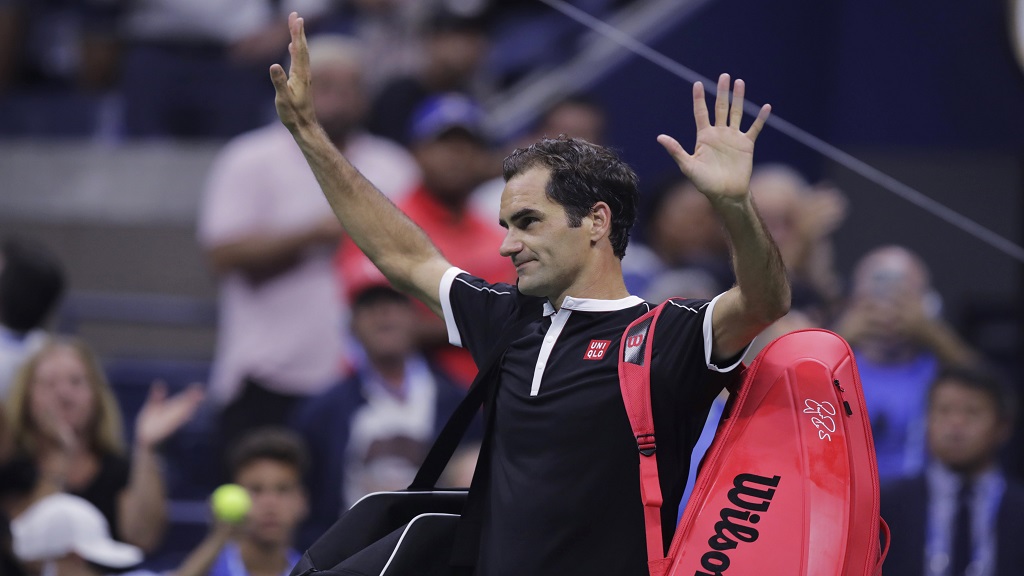 Roger Federer, of Switzerland, thanks the crowd after a loss to Grigor Dimitrov, of Bulgaria, during the quarterfinals of the U.S. Open tennis championships Tuesday, Sept. 3, 2019, in New York.

Grigor Dimitrov came from two sets to one down to claim the most memorable win of his career and end Roger Federer's hopes of a 21st grand slam title in the US Open quarter-finals on Tuesday night.

Once nicknamed 'Baby Fed', Dimitrov has failed to live up to the significant promise he displayed earlier in his career, unable to build on his run to the Wimbledon semi-finals in 2014.

He reached the same stage at the Australian Open in 2017 but has since found success at grand slams hard to come by, and his progression to the last eight at Flushing Meadows marked his first tour-level quarter-final for eight months.

The world number 78 was viewed as likely to be overmatched by the 38-year-old Federer, who had breezed through the first four rounds of a draw that defending champion Novak Djokovic tumbled out of in the last 16.

However, after Federer took the first set, Dimitrov displayed incredible character and unleashed the full repertoire of strokes that led to the comparisons with the Swiss legend.

When he squared the match to effectively turn it into a three-set contest, it was the Bulgarian who had the greater endurance, Federer taking a medical timeout at the end of the fourth set.

Federer was never the same player after he re-emerged for the decider and Dimitrov took control of the fifth to complete a 3-6 6-4 3-6 6-4 6-2 triumph in three hours, 12 minutes and book a fascinating semi-final with an ailing Daniil Medvedev.

There was nothing in the opening set to indicate the drama that was to follow. Dimitrov paid the price for over-aggression on the forehand and went down an early break before Federer took the opener with a love hold.

At that point there was a nonchalance about the way in which Federer repelled Dimitrov's groundstrokes, but the pattern of the contest shifted dramatically in the second.

Federer was forced to save a break point in the opening game of the second and found himself under sustained pressure.

He cracked under it in the sixth game and then again in the 10th, having broken back, the Swiss disgusted with himself after dragging a forehand into the tramlines to level the match.

Further sign of Dimitrov's confidence came as he fought back from 0-40 down to hold in the fifth game of the third, though he surrendered the initiative two games later with a double fault.

An astonishing half-volley helped Federer recover from 15-40 to hold for a 5-3 lead and he moved a set away from the last four in equally stunning fashion, earning two set points with a marvellous lob before Dimitrov ripped a backhand into the net.

However, Dimitrov broke immediately to start the fourth set and claimed a big hold to go up 4-2, seeing off serious pressure as Federer netted a simple forehand, much to the despair of the Arthur Ashe crowd.

A mammoth Federer service game saw eight deuces before he clung on to stay within a break. He could not prevent Dimitrov from forcing a decider though and a remarkable encounter was sent to a final set after Dimitrov saved five break points and Federer pushed a forehand long.

Federer left the court with the physio, but whatever treatment he received did not have the desired impact as he visibly faltered and racked up the errors. Those allowed Dimitrov to race into a 4-0 lead he was never in danger of surrendering, one of the most unexpected results of recent history sealed when Federer went wide.

US Open 2019: Federer sweeps aside Evans and into fourth round

US Open 2019: Serena skips by dangerous Muchova in impressive fashion