US to provide Jamaica with US$4.5m to aid human trafficking fight 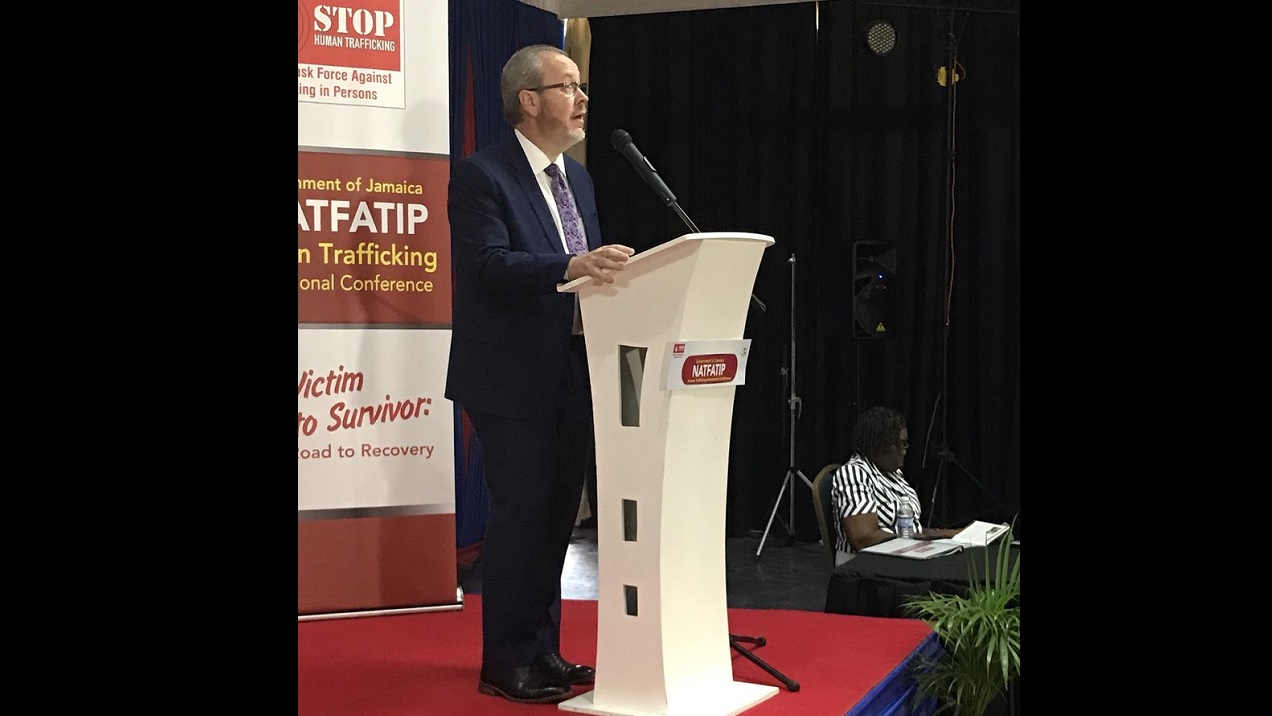 Mark Seibel, Deputy Chief of Mission of the United States Embassy in Jamaica, speaking at the conference.

The government of the United States of America has committed to providing assistance of US$4.5 million to Jamaica to aid the island in the fight against human trafficking.

Mark Seibel, Deputy Chief of Mission of the United States Embassy in Jamaica, made the announcement at the National Task Force Against Trafficking In Person's (NATFATIP) conference at the Melia Braco Hotel in Trelawny on Wednesday.

According to Seibel, the monetary assistance is part of a collaborative effort by both governments to stamp out human trafficking in Jamaica and will be done over a period of four years, with multiple agencies of both countries working together for the cause.

Seibel said that the initiative is part of the US$12 million security assistance that the US will provide to Jamaica and will help to strengthen the island's efforts to prosecute and punish child traffickers, provide comprehensive services to victims and help prevent trafficking in the first place.

He said: "I am proud to say that our partnership against trafficking in persons is strong and growing."

He said that the State Department, USAID and the Department of Homeland Security in the United States have sponsored training programmes, public sensitisation campaigns and guest speakers to address trafficking from the perspective of prevention, protection and prosecution.

Seibel said, among the sensitisation projects that the US government has undertaken in Jamaica, is an initiative of educating the population on the dangers of trafficking, and the Embassy's Regional Security Office has trained immigration officers, airport security and hotel staff to recognise signs in the course of their duties.

This year, the Public Affairs Section in the US has partnered with the Jamaican government to sponsor an islandwide awareness tour utilising the documentary, 'Hidden In Plain Sight'.

Seibel said that the Department of Homeland Security has provided support for trafficking in person investigators in Jamaica, that resulted in the island's first-ever human trafficking conviction.