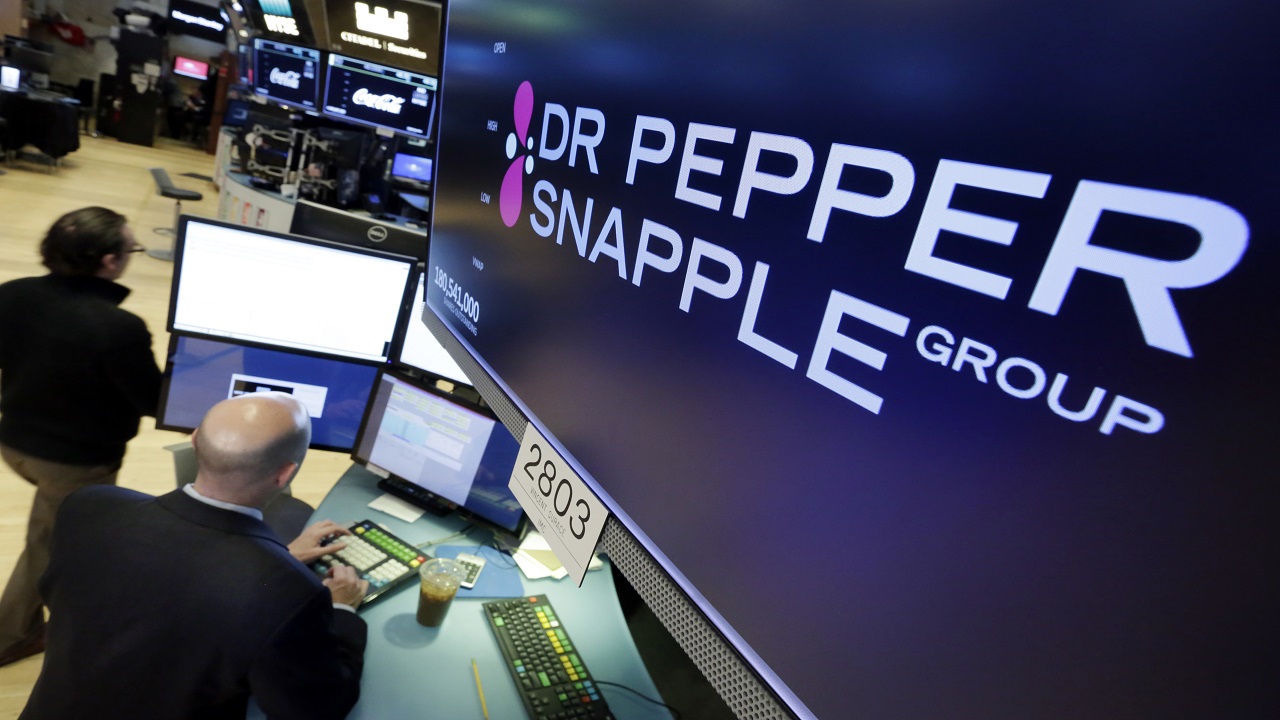 DRINK IT UP: Dr. Pepper Snapple Group jumped 29 percent after it agreed to be acquired by Keurig for $16.6 billion, including debt. The deal would create a beverage giant with about $11 billion in annual sales. The companies, both the result of previous mergers, would combine global brands like Dr. Pepper, 7UP, Snapple, A&W, Mott's, Sunkist and Keurig's single-serve coffee makers. Dr. Pepper Snapple shareholders will receive $103.75 per share in a special cash dividend and keep 13 percent of the combined company. Dr. Pepper Snapple shares added $24.05 to $119.70.

TECHNOLOGY SLUMP: A slide in technology sector stocks accounted for much of the market's decline. Lam Research lost $4.49, or 2.2 percent, to $198.08.

BOND YIELDS: Bond prices fell. The yield on the 10-year Treasury note rose to 2.70 percent from 2.66 percent late Friday. The rise in bond yields helped lift shares in banks and other financial companies. Goldman Sachs gained $3.30, or 1.2 percent, to $271.44.

CURRENCIES: The dollar, which last week fell sharply after U.S. officials said they accepted a weaker value for the currency, rose to 108.82 yen from 108.66 late Friday. The euro fell to $1.2356 from $1.2423. The ICE US dollar index is at three-year lows and has declined for six consecutive weeks.

THE BITCOIN TRADE: The price of bitcoin was down about 4.2 percent in morning trading Monday to $11,206, according to the tracking site CoinDesk. Bitcoin futures on the Cboe Futures Exchange were up 1.9 percent to $11,150. The futures allow investors to make bets on the future price of bitcoin.

US stocks start 2018 with gains as technology leads again

US stocks jump after report of stronger consumer spending