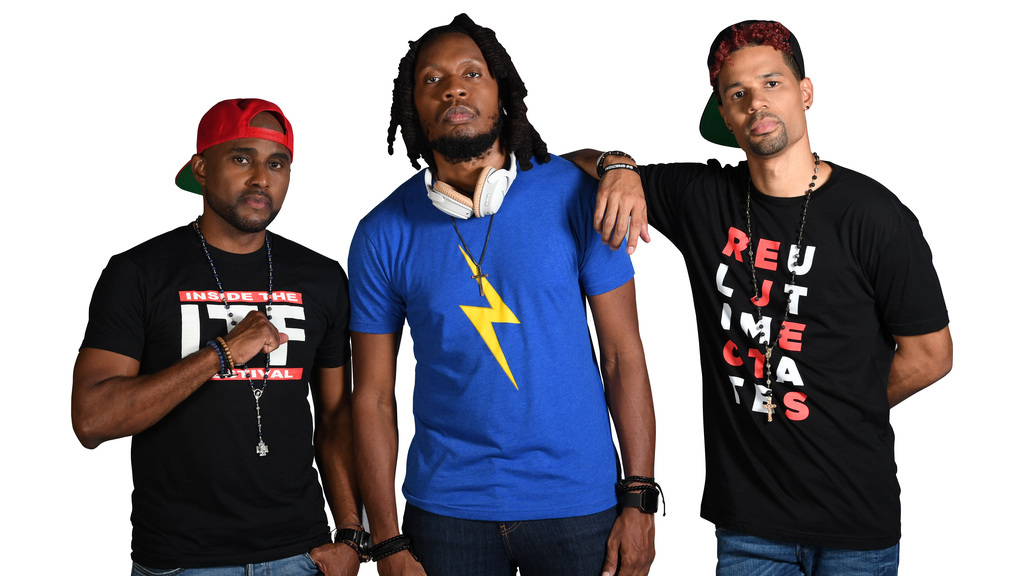 Usain Bolt is known for his boundless energy and excited participation in Trinidad Carnival.

The decorated athlete is now taking his Carnival involvement deeper by contributing his vocals to the remix of 'Energy to Burn' by Ultimate Rejects.

Bolt’s feature was the brainchild of MX Prime, lead vocalist of Ultimate Rejects, the group which swept the Road March in 2017 with ‘Full Extreme’.

“I was working on writing the song and putting it together and I had Usain in mind from inception. I was thinking about how I could get this icon, this living legend, one of the top 20 recognisable men on the planet,” he said.

Prime said he thought of Bolt because he is an energetic, vibrant person who lights up a room.

“I say if I do a music video who would be the person to epitomise energy to burn, I found nobody else but him. I put it in my mind then out of my mind. So we put out the song and it is doing well on the radio, it’s getting played, DJs like it.

“I came home two Wednesdays ago and I open my phone and I saw a picture of Usain Bolt running in the streets of Jamaica with a 100 or so school children running behind him and it hit me. I say Max you need to get his guy on this record, just by this image. I watching the folks on the side of the road smiling, I said I feel I have to go after this dream of acquiring Usain Bolt’s presence on the track,” he said.

Prime sent a voice note explaining his vision to Jamaican DJ ZJ Sparks who comes to Trinidad every Carnival. She forwarded it to Bolt’s manager and in less than half an hour Prime was on the phone speaking to him.

“That is God! I was speaking to him for about five and seven minutes, because he already heard my voice note, he wanted to hear from me and I explained the vision I had, and the possibilities. He said while Bolt is not an artiste, he is in entertainment and he has the confidence to do things like that.”

Bolt’s vocals were recorded in a week much to Prime’s delight.

“They put faith in us and whatever comes out of it, we know that we have entered a different realm in terms of professionalism and brands we working with. We are working with a top class brand in sports,” he said.

Reflecting on his vision coming to life, Prime said it is an inspirational story to show people that they should never give up on their dreams.

“When you think about something hard and long enough, no matter how daunting the task, or how lofty the dream you must have belief.”