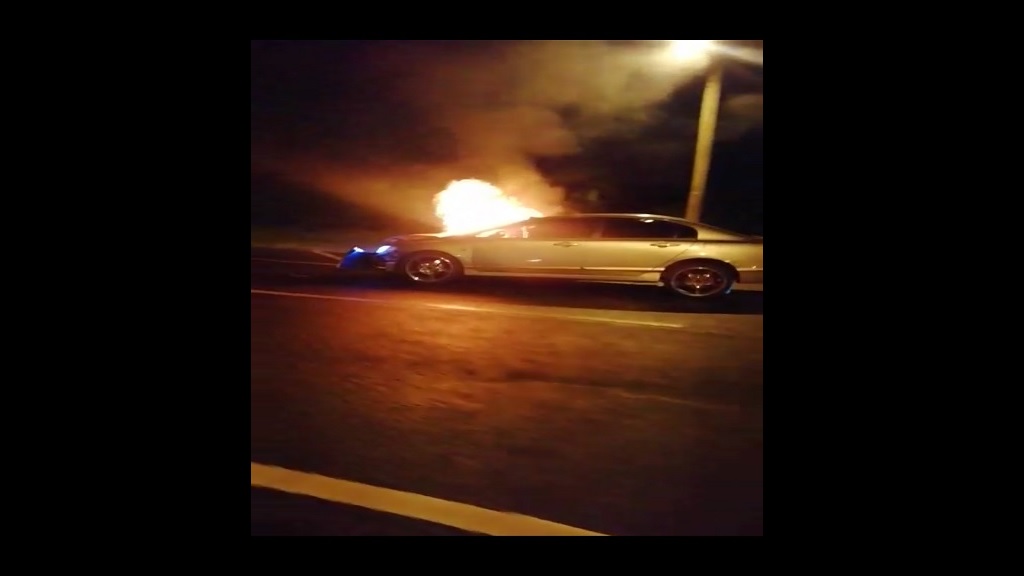 The Gros Islet Fire Service responded to a motor vehicular collision and car fire in the early hours of Sunday, January 12, 2020.

Emergency personnel responded to the Bonne Terre Gros Islet Junction around 1 am Sunday.

Upon arrival on the scene, fire officers encountered a grey Honda Civic registration number PB 9376 stationery across the road in the northbound lane with the nose facing south fully engulfed with fire.

After an assessment of the blaze was done, officers immediately attacked and extinguished the fire.

“Further investigation revealed that there were no persons in the car on the arrival of fire personnel, also it was a motor vehicle collision so the ambulance crew had to attend to one patient, the driver of a Subaru Forester, which was found wrecked on the fence next to the northbound lane. He complained of body pain, was assessed and transported to the Victoria Hospital for further medical attention,” a fire official said.

Fire officers then turned over the accident scene over to the police.

No other injuries were reported.