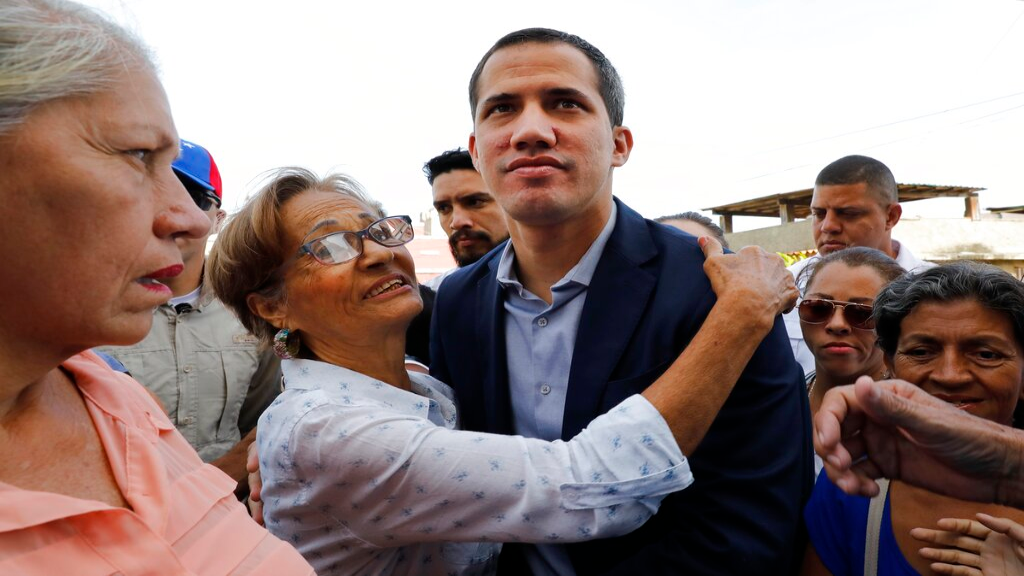 Negotiations aimed at breaking Venezuela's political standoff will resume next week, likely on the Caribbean island of Barbados, according to three people familiar with the talks between representatives of President Nicolas Maduro and the U.S.-backed opposition leader Juan Guaidó.

The sources, who spoke to The Associated Press on condition of anonymity because neither side has yet publicly confirmed its participation, said the location for the talks will be decided by the government of Norway, which is leading the mediation effort and hosted two previous rounds of exploratory talks in May.

While Barbados is for now the preferred location, one opposition source said details were still being worked out and the site could be changed to Norway at the last minute.

The decision to resume talks came as Maduro's government on Saturday released 59 Colombians who rights groups said were arbitrarily detained in 2016. The United Nations immediately praised the move, which came days after a visit to Caracas by its top human rights official, Michelle Bachelet. It said it expects more prisoner releases in the coming days.

Guaidó has downplayed the possibility of a breakthrough, insisting that the condition for any talks be early presidential elections — something Maduro has so far rejected.

But the 35-year-old is wary of walking away from the negotiating table and handing a symbolic victory to Maduro until it's clear the embattled socialist has no real intention of yielding power. The opposition has complained that Maduro has used past negotiations sponsored by the Vatican and others to buy time.

Maduro has insisted on dialogue with the opposition as the only way forward for Venezuela as crippling U.S. oil sanctions exacerbate a crisis marked by food, fuel and medicine shortages that have forced a whopping 4 million people — 10% of Venezuela's population — to flee the country in recent years.

Guaidó, the head of the opposition-controlled congress, re-energized a divided opposition movement by declaring himself president at a mass protest in January after arguing that Maduro's re-election last year was unconstitutional after several key opponents were barred from running. He quickly won recognition from the U.S. and dozens of other governments around the world.

But his momentum has since stalled, and following a failed military uprising in April, most of the armed forces' top command — the traditional arbiter of political disputes in Venezuela — has closed ranks behind Maduro.

A June 2 poll by Caracas-based Datincorp found that 36% of Venezuelans recognize Guaidó as their constitutional president compared to 49% in February. The survey based on 1,200 interviews had a margin of error of 2.8 percentage points.

In what could be a sign of greater flexibility on the part of Maduro, his government on Saturday was deporting 59 Colombians arrested three years ago for allegedly being part of a plan to destabilize the country.

Alfredo Romero of the prisoner rights group Foro Penal said many had been living in Venezuela for years and didn't even know each other. None was ever charged. His group estimates that there are more than 700 political prisoners still in Venezuela.

"We welcome the release today of 59 Colombians, who were in arbitrary detention for almost 3 years," the U.N. High Commissioner for Human Rights said on Twitter.

"It is a positive sign that the Govt is fulfilling the human rights commitments" made during Bachelet's recent visit. "We look forward to more releases in coming days."