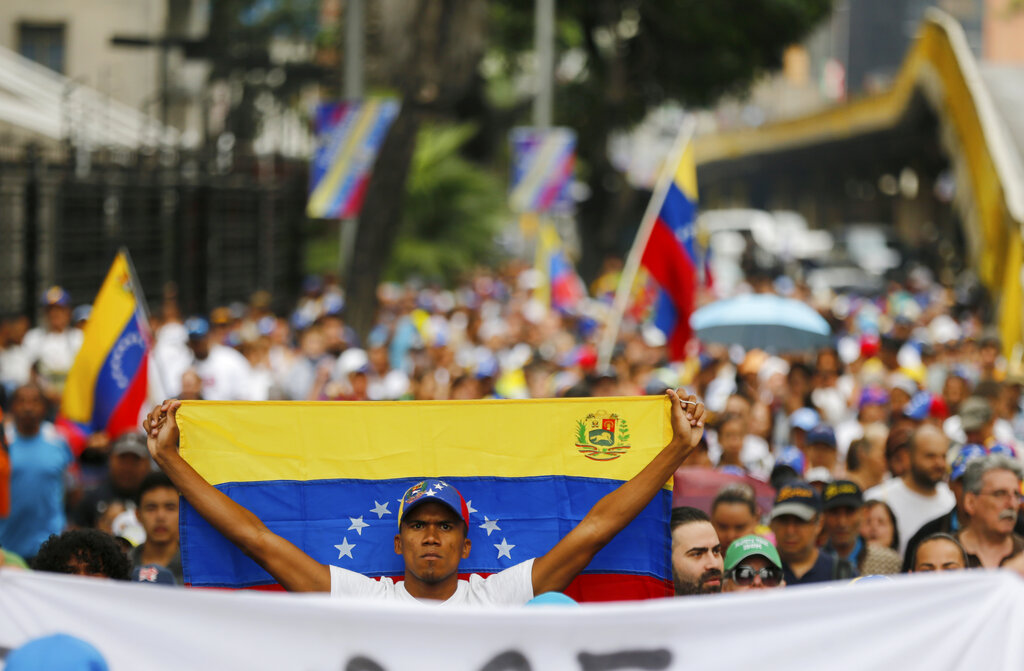 Venezuela's President Nicolas Maduro ordered the vast border with Brazil to be closed on Thursday, just days before opposition leaders plan to bring in foreign humanitarian aid he has refused to accept.

Maduro said he's also weighing whether to shut down the border with Colombia.

Maduro made the announcement on state TV surrounded by military commanders.

Opposition leaders led by Juan Guaido are vowing to bring in U.S. supplies of emergency food and medicine to dramatize the country's hardships under Maduro, who has said the country doesn't need such help.

"What the U.S. empire is doing with its puppets is an internal provocation," Maduro said. "They wanted to generate a great national commotion, but they didn't achieve it."

Under Maduro's orders, Venezuela this week blocked air and sea travel between Venezuela and the nearby Dutch Caribbean island of Curacao, another point where aid was being stockpiled.

A caravan of vehicles carrying Guaido left the Venezuelan capital of Caracas early Thursday, heading toward the border with Colombia as part of the effort to bring in aid stored in the city of Cucuta starting on Saturday.

Maduro denies a humanitarian crisis, accusing the United States of leading a coup to remove him from power and using the "show" of supposed humanitarian aid as military intervention.

The socialist president is under a mounting challenge by Guaido, who has declared himself acting president on the grounds that Maduro's re-election was invalid.

Guaido is backed by the US and dozens of nations, while Maduro is supported by Russia, China, Cuba, Turkey and many other countries.

Guaido spokesman Edward Rodriguez, confirmed that the opposition leader, who heads the congress, was among passengers in a caravan consisting of several vehicles and buses.

Opposition leaders said they also plan to bring emergency supplies of food and medicine from Curacao and across the jungle-covered border with Brazil.