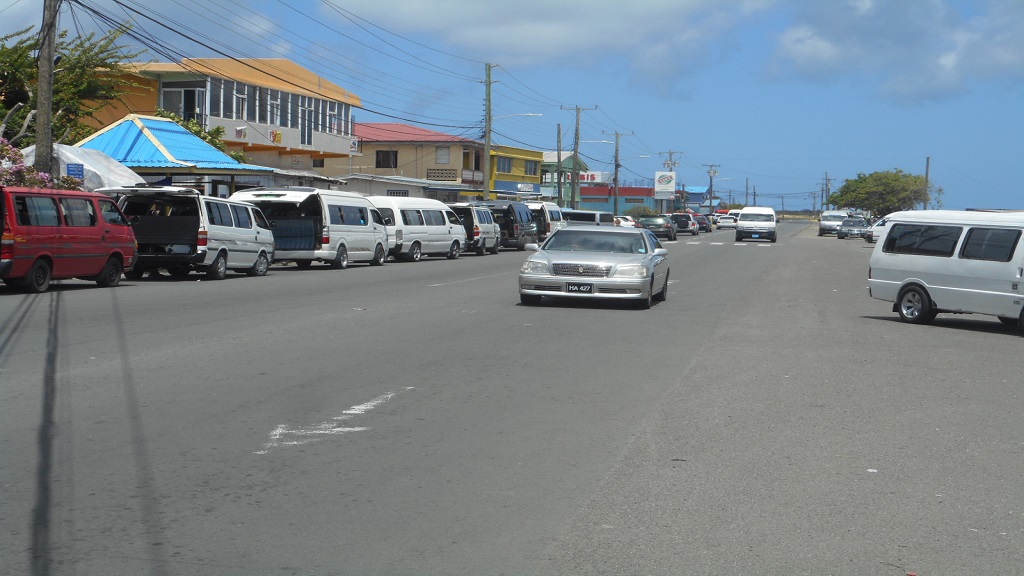 The section of the highway where the bus stands are located

A disaster waiting to happen.

That’s how residents of the south have described the bus stands on the Vieux-Fort/ Laborie highway, where both pedestrians and commuters have narrowly escaped fatal injuries, due to reckless driving.

The culprits are both drivers of public and private vehicles, who sometimes drive along the busy highway next to the bus stands at breakneck speed.

Over the years, there have been a number of minor accidents along the highway, where six bus stands are located in proximity of each other. Next to the bus stands, where several businesses are located on one side of the road, there is a pedestrian crossing and a traffic light nearby, which seldom works.

In an interview with Loop News, concerned residents have suggested several ways to force drivers to drive near the bus stands with due care and attention.

Emmanuel Charlemagne, a minibus driver said: “There should be three pedestrian crossings instead of one near the bus stands."

Alexis Louisy, another minibus driver, said: “Drivers just need to use their common sense. They should realize the danger in driving fast near the bus stands. No one should tell them that.”

He added that there is no need to have police at the bus stands to solve a problem that requires mere common sense to be solved.

Mathaduse Theodore, who vends near the stands, says he expects to witness a disaster in the area anytime.

“People will die on the highway anytime. It will be a disaster,” he said, adding that he hopes he will not be one of the casualties.

He feels the presence of the police at the stands will reduce the risk of a fatal accident there.

A resident of Vieux-Fort wants to see a speedbump put in place along the highway near the stands. “I will welcome anything that will force drivers to drive carefully along the highway. I don’t care if it will damage their vehicles,” the concerned resident said.