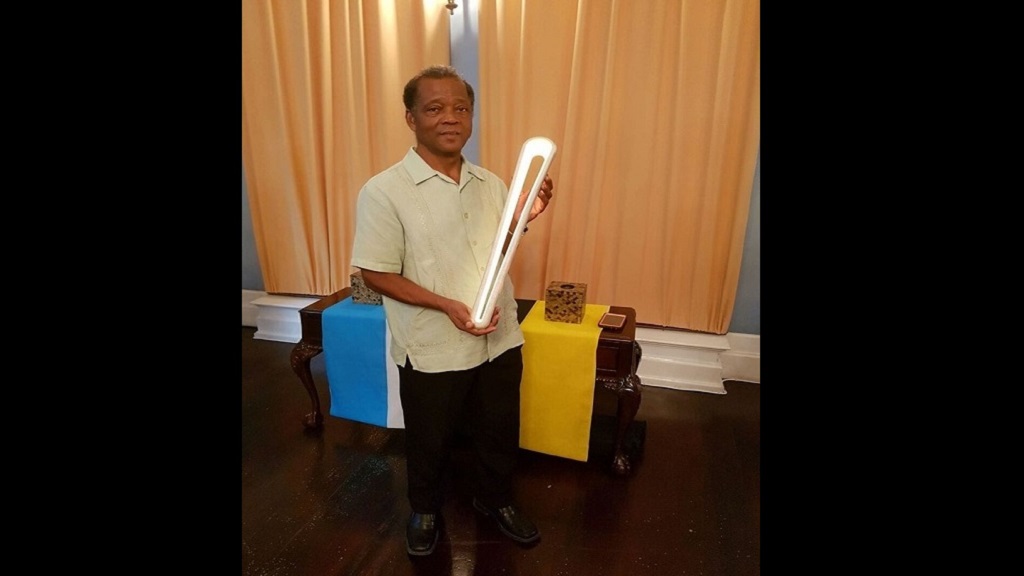 Relatives and close friends of Victor Maurice sent out a powerful message to all Saint Lucians asking them to take a stance against all forms of violence.

67-year-old Victor Maurice was shot in November as he was entering his home by an unknown assailant and died Tuesday, January 28, 2020, at a hospital in Martinique.

Addressing Thursday’s vigil was Rise Director Dr Stephen King, who described violence as a beast and pleaded to members of the public to do their part in tackling the island’s crime situation. 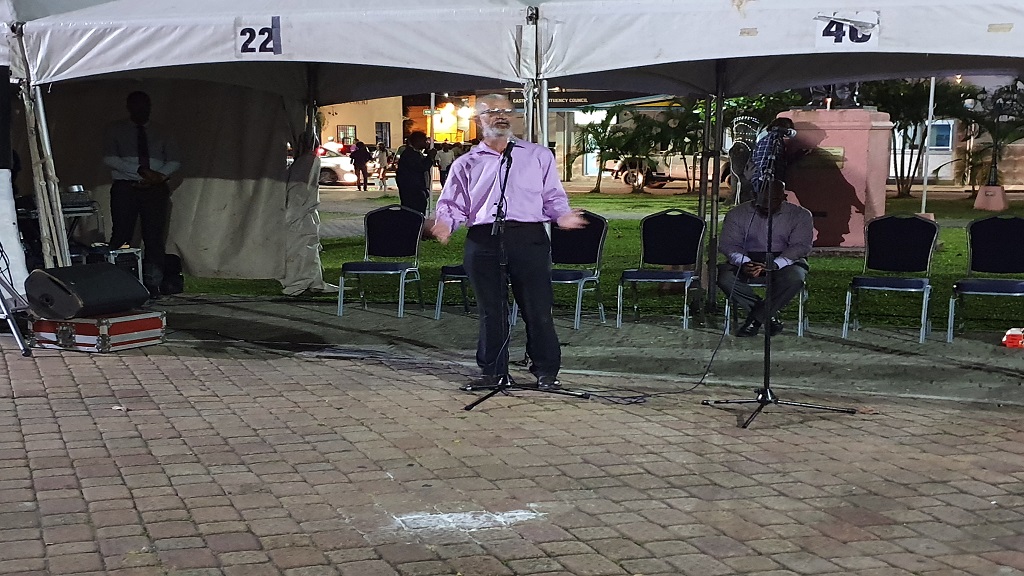 And we live in prison because we cannot move from this community to that community, we have to put burglar bars on our house, we have to worry when our children go out at nights or even during the day for that matter because the beast has not eyes, no ears and don’t care, it takes you any time, anywhere and no one is safe,” Dr King declared.

According to him, murders and murderers are facilitated as a result.

The evening was filled with prayer and songs of worship as many filled the Constitution Park. 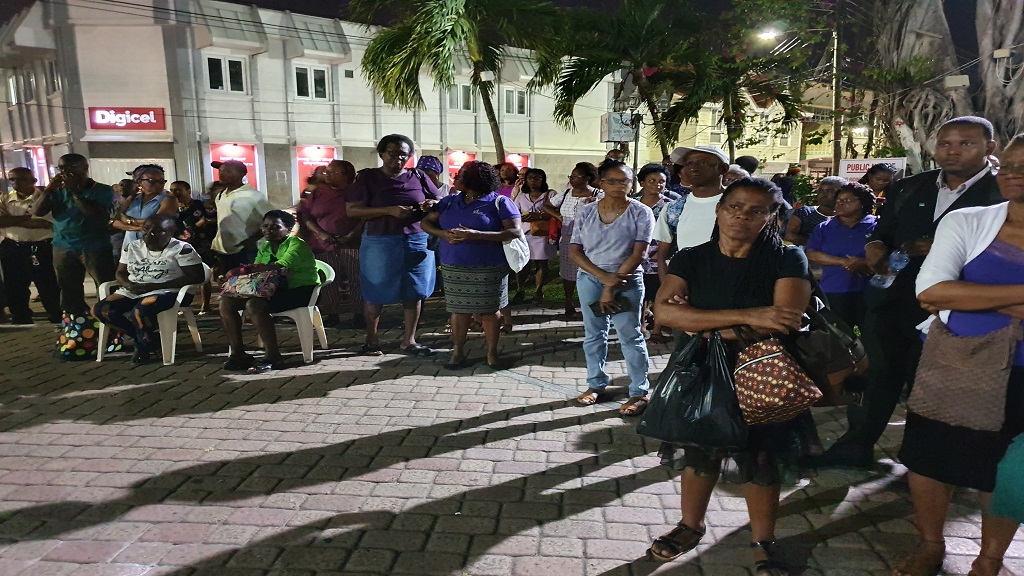 Family and friends described Mr Maurice as a loving person who did not deserve to die in this manner. Everyone at the vigil is hoping justice will be served.

“Mr Maurice taught me at secondary school over 40 years ago so I’ve known him for a very long time, I’ve known him to be an individual who spoke his mind and encourages student. He was a significant contributor to our country in terms of human resources and also as a civil servant and community person so we will miss him,” Senator Fortuna Belrose said.

Victor’s Brother, Quigley Maurice sent a message to his killer. 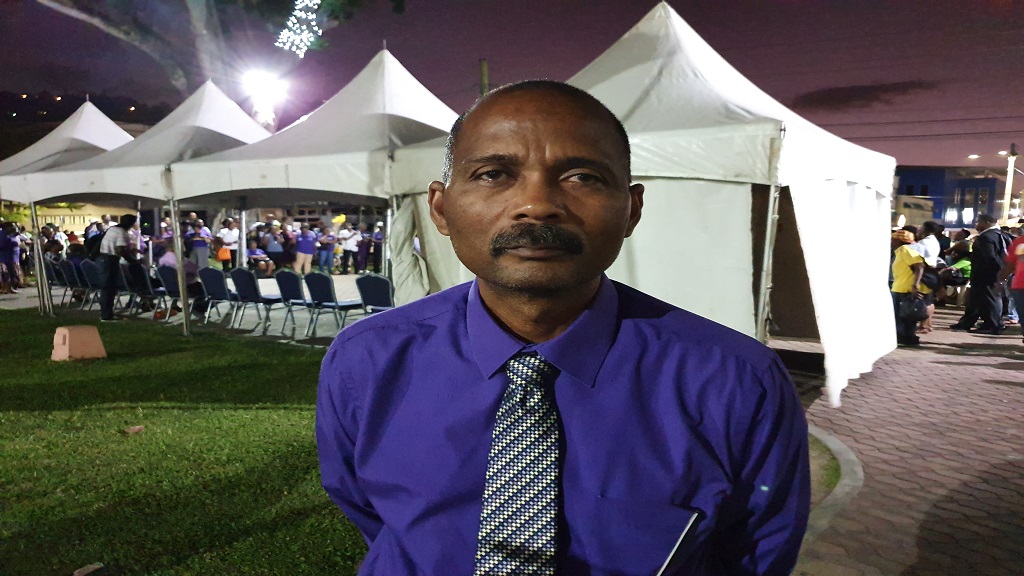 “If you think you were successful, then look at this. Look at what is happening this is our response to what you did. And as the weeks continue leading up to the day when he is funeralized, you will continue to see our response.” 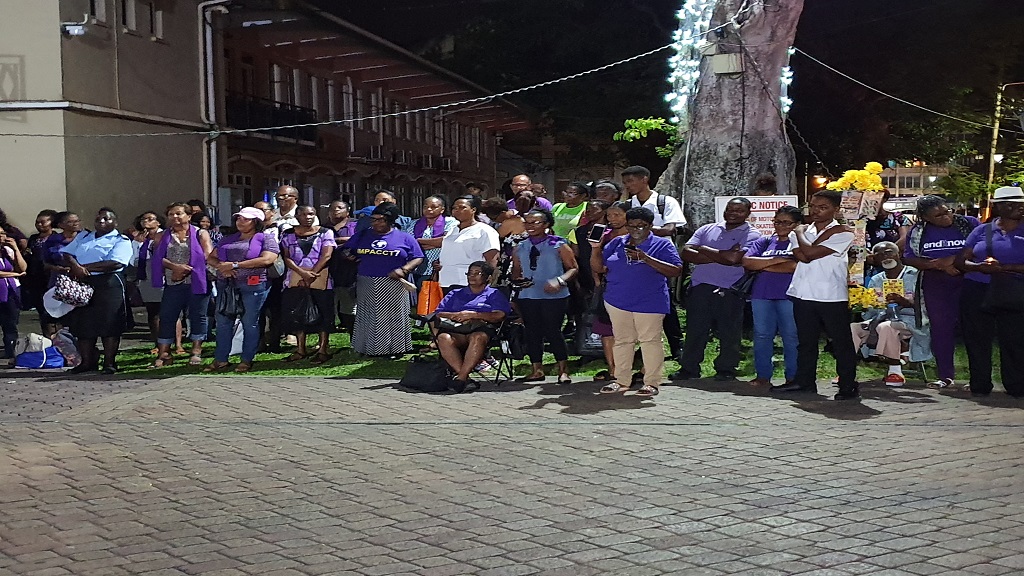 Mr Maurice served as the Chairman of the UWP Castries South constituency branch, a councillor at the Castries City Council and was a well-known nuts and condiments vendor around the city of Castries.

“It is very, very, very sad. Anybody who knew Victor knew how much he loved life. I never knew Victor not to smile,” Prime Minister Allen Chastanet said.

“I know his family is going to miss him, I know the party is going to miss him tremendously, I mean how many community nights we’ve had and Victor was always there. He was just a very strong supporter, didn’t mean he did not have his criticisms, but a very, very incredible individual,” Chastanet said.