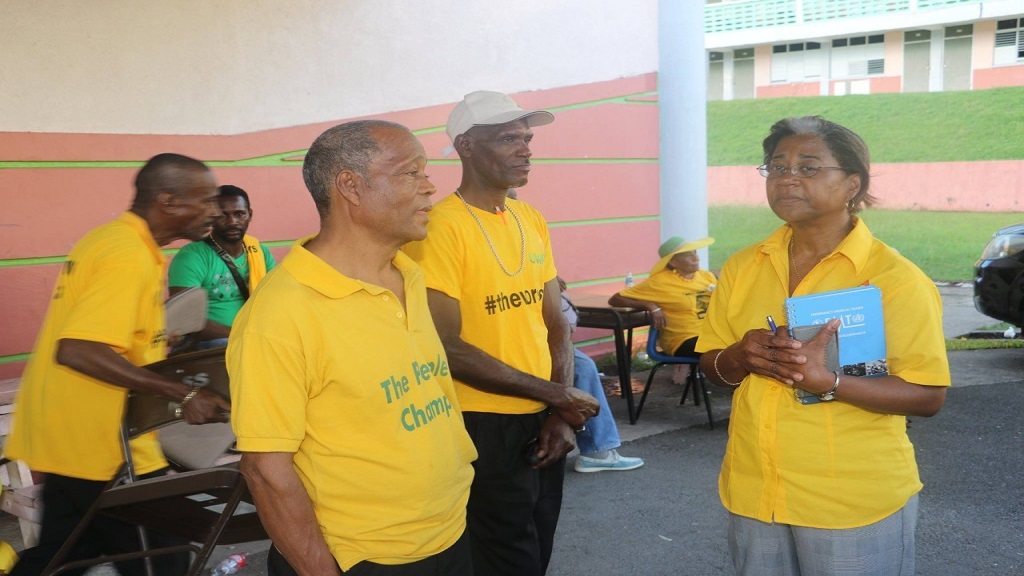 Calls for prayers and donations of blood for Victor Maurice continued throughout today, Monday, November 4, 2019, in the wake of his shooting on Sunday.

The former school teacher, former town clerk of the Castries Constituencies Council and current councillor was shot as soon as he came out of his vehicle Sunday night at his home in Balata, Babonneau.

Maurice, Loop News has learned, is in stable condition at hospital.

It was first reported that the shooting resulted from a drive-by but Loop News was able to confirm that this is incorrect. Maurice had just arrived at his home around 7.20 pm when shots were fired at him. He was rushed to hospital soon after where he underwent surgery the same night.

A member of the ruling United Workers Party, Maurice could be seen at many of the party’s outdoor meetings and was not afraid to stand up for what he believed in, be it political, religious or otherwise.

His outspoken stance on certain matters within the Castries Constituencies Council had him locking horns with Mayor Peterson Francis on more than one occasion with one matter between the two reaching the courts.

The UWP, in a press release, noted it was “deeply saddened by the shocking news of Mr Victor Maurice on Sunday at his home.”

“Mr Maurice has been a loyal member of the United Workers Party for several years and from 2015 to 2016 served as Chairperson of the Castries South Constituency Branch,” noted the release.

“Mr Maurice has always been a very jovial man and is known throughout Saint Lucia as he went from office to office daily selling his homemade healthy grains. The United Workers Party calls for prayers for Mr Maurice’s speedy recovery and our thoughts and prayers are with his family and friends during this difficult time. We also join the call to all Saint Lucians who are able to donate blood on his behalf at Victoria Hospital,” the party wrote in its release on the incident.

Also saddened by the shooting of Maurice is the Office of the Mayor and the Castries Constituency Council.

“Councillor Maurice, a popular nut-vendor, has served the Castries Constituency Council for many years. He is well-known as a hard-working advocate for council’s policies, proficient in all his undertakings and a friend to all. Councillor Maurice has been serving as a Councillor since his swearing-in on August 2, 2016,” the press release from the Mayor’s office noted.

The release ended by stating “We hope that the police investigation brings closure to this incident and that the culprit/culprits are brought to justice. At this time, we continue to pray for his family as we wish for a full and speedy recovery.”