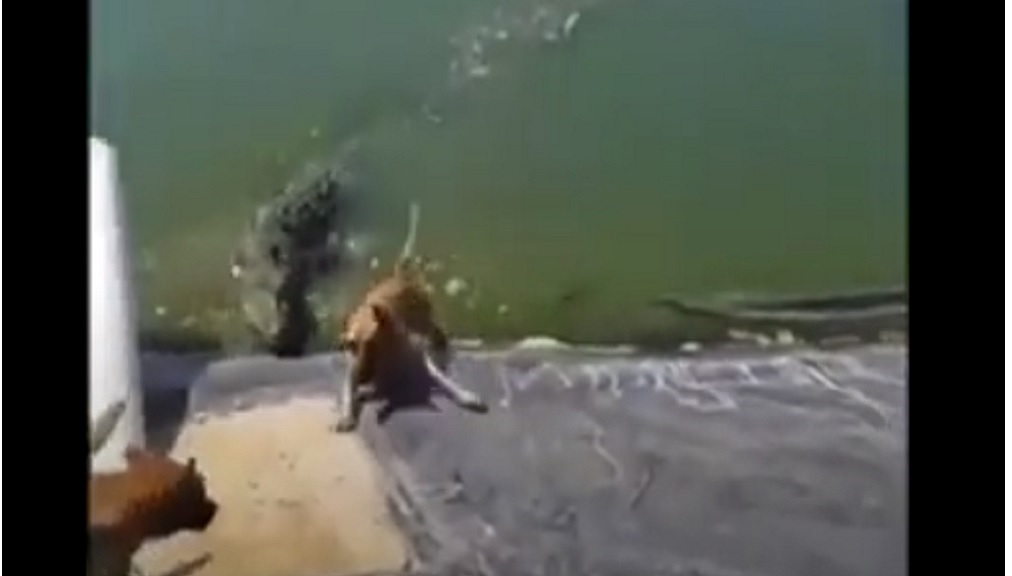 Horrified animal activists are calling on government officials to act following the emergence of videos making the rounds on social media which show persons using mongrel dogs to taunt or bait crocodiles in what could be described as a bizarre National Geographic-like filming stunt gone mad.

"The brainless retards using crocodiles to harm dogs know nothing will come from it so they will continue," one activist tweeted online.

"NEPA has condemned previous videos of men harming crocodiles since year and nothing was done. NEPA has no teeth, there is no intention to prosecute people who do this sort of thing, we live in a lawless, moral-less, soul-less society where no life - animal, vegetable or mineral - is valued," another activist tweeted.

Earlier this week, at least two videos emerged on social media platforms showing dogs being thrown into crocodile-infested ponds to be attacked by the reptilian creatures.

For their part, the National Environment and Planning Agency (NEPA) has condemned the actions of persons who have been using dogs to taunt crocodiles at the Greater Portmore Sewage Ponds in St Catherine.

In a news release, NEPA explained that crocodiles typically feed on fish, birds and crab, however, these types of actions are very dangerous as the crocodile will start to associate humans with being fed and condition them to hunt larger prey.

The agency is urging the public to desist from entering the area, noting that anyone found guilty of baiting the crocodiles will be charged under the Wildlife Protection Act.

The incidents are being investigated by NEPA and the police.

Incidents of animal cruelty are frequent in the Caribbean, however, such acts are rarely prosecuted in Jamaica. Last week, police arrested three men after a video circulating on social media showed one of them hanging a dog on a tree in San Fernando, Trinidad.

The animal was tied to a piece of rope and strung up on the tree. The man was seen holding the other end of the rope, pulling on it repeatedly, and laughing as the dog struggled, before dying.

Three men accused of hanging a dog has been granted $15,000 own bail. Jelani Samuel, Ayinde Worrell, and David Kingston pleaded not guilty during a virtual court hearing in the San Fernando Magistrates Court yesterday.