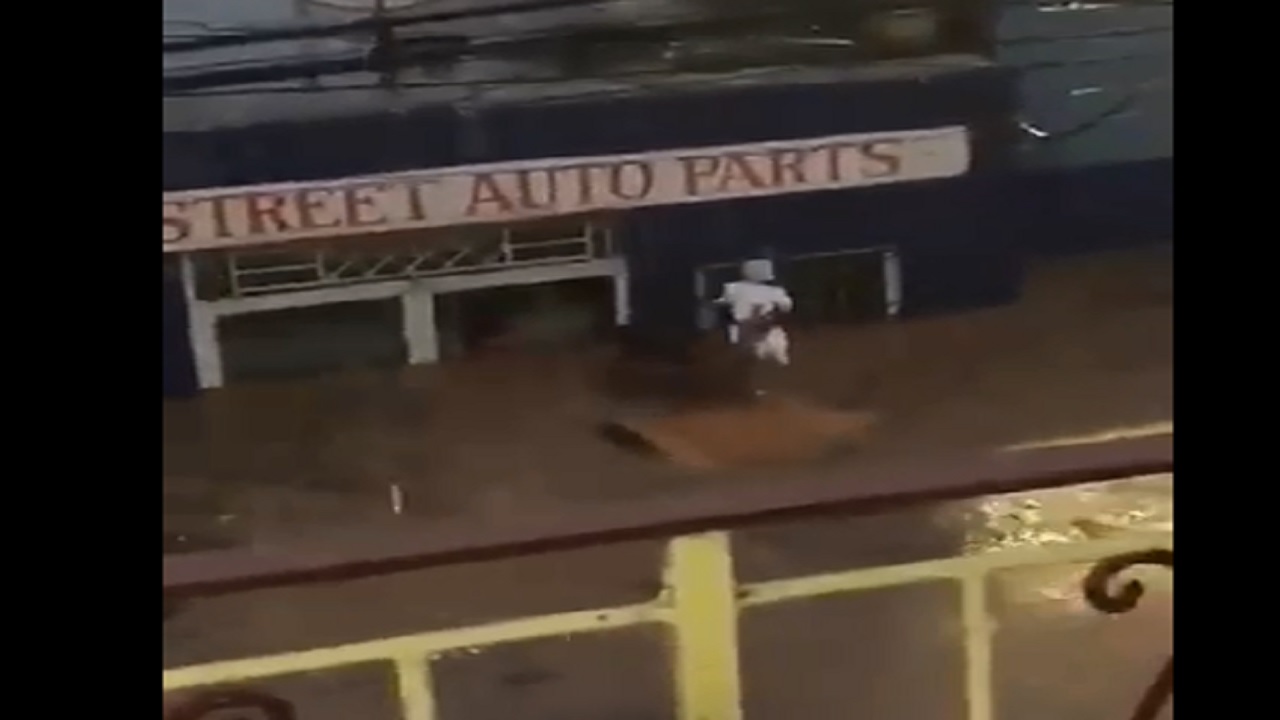 Amid the images from Montego Bay primarily showing loss of property and infrastructural damage from flooding in the city, one video footage switches the spotlight to the human element among the widespread devastation.

The video, which emerged on Snapchat, shows a baby being rescued by a man.

In the 38-second clip, a woman could be heard lamenting that the infant was trapped inside an auto parts store along Union Street, with more than a half of the building covered in water.

“One baby inna the place enuh. One baby in there, Oh God,” the woman said while a man is seen traversing the muddy waters that rose as high as his chest to give assistance.

The man eventually got to the building and was handed the baby, after which he hoisted the infant in the air apparently to indicate that the child was safe.

“Oh God,” the woman concluded, breathing a sigh of relief.

Scores of residents of the resort town were left on edge following massive flooding that left them marooned for hours.

Residents told Loop News that the development reached a stage where people had to seek refuge on top of buildings as angry flood waters took over the city.

“It is the worst I have ever seen flooding in the city and I have been living in the area for many years,” said Sandra Samuels.

Images show vehicles submerged in water, some washed atop each other and business places destroyed by muddy flood waters in the second city.

One video, emerged on Snapchat, showing a baby being rescued by a man.

Another man said he along with his family members had to abandon their vehicle as floodwaters took over a street that the group was travelling on.

"We were travelling along Union Street when water came from nowhere and just started to wash away the vehicle. I had to secure my family members and take refuge at the top of a nearby building," the man who identified himself only as Charles told Loop News.

Prime Minister Andrew Holness is expected to lead a tour of the area with government and technical officials on Thursday.