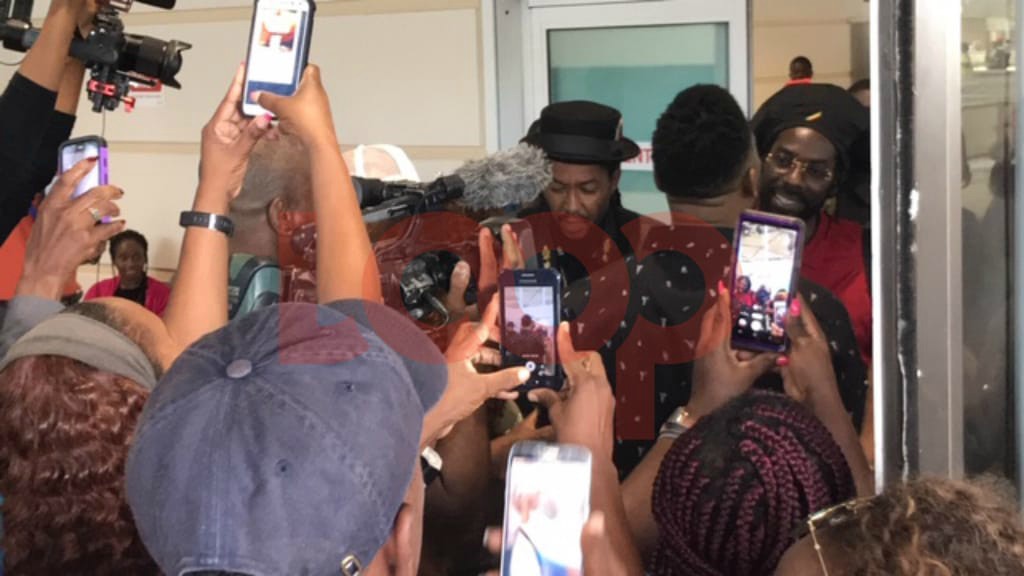 The fourth leg of the Long Walk to Freedom tour will kick off in 24 hours and excitement is steadily building.

The anticipation was thick in the air today at the Grantley Adams International Airport (GAIA) when Buju Banton touched down on Barbadian soil, greeted by scores of fans and well-wishers.

Buju was met at the doors of the arrival hall around 2:20 pm by organizers of the Reggae Festival, FAS7Star and the grandson of the late Nelson Mandela, Ndaba Mandela.

The sweet sounds of the tuk band and screams from fans filled the arrival hall when 'Gargamel' made his way outside. Persons swarmed around hoping to get a touch and media personnel jostled to capture photos and video.

Dressed in a red shirt, black pants and a black tam, Buju spent less than five minutes entertaining fans and media before he and his small entourage were whisked off to transportation.

The show kicks off Saturday April 27 at the Kensington Oval.