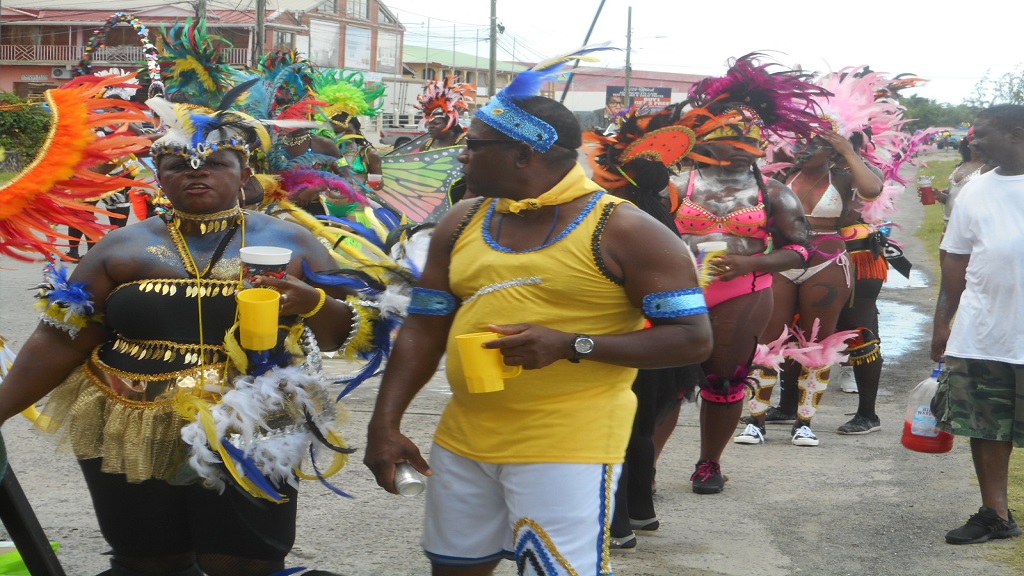 One aspect of Vieux Fort Carnival stood out this year while the others were lacking.

According to band leaders and revellers, the shortcomings had to do with a lack of sponsorship for carnival activities in Vieux Fort, a problem which has gotten worse over the years.

This was quite evident last Wednesday and Thursday when the community held its carnival activities where only four bands took part with a significant reduction in their membership, compared with previous years. However, despite its shortcomings, revellers had a rollicking time parading the streets, gyrating to the sounds of pulsating music.

Andre Jn Baptiste, the band leader of Two Dayz of Peace, described the problem carnival faces in Vieux Fort as serious, adding that it is of grave concern for him.

According to Jn. Baptiste, writing to business houses in the south for sponsorship is a waste of time.

“I am tired of writing to them for sponsorship but hardly gets anything. Their replies are always things are slow,” Jn Baptiste told Loop News.

He lamented that things are so “dread” that despite revellers being able to join a band for a nominal fee of $150, it was still difficult for bands to attract many members.

He criticized some business houses for complaining about the skimpy attire of some revellers and the way they gyrate, saying that if they did not sponsor a band, they should not complain about that.

“They have nothing to say…When you sponsor a band, then you have a say on how its members should be dressed in the bands,” Jn. Baptiste said.

The improved aspect of this year’s event pertains to costumes, some of which were much more attractive than last year.

Over the years, the costumes of carnival revellers in Vieux Fort were mainly t-shirts and other simple unattractive costumes.

Commenting on the costumes, Jn. Baptiste said its improvement was as a result of the importation of some costumes from Trinidad.

The reduction in the number of bands, their sizes and the colorfulness of some costumes also caught the attention of the spectators.

“There were less bands, but at least the costumes were better than last year,” Larry Cadette, a regular follower of Vieux-Fort carnival told Loop News.

PICTURES: Can you spot anyone you know at St Lucia Carnival 2019?