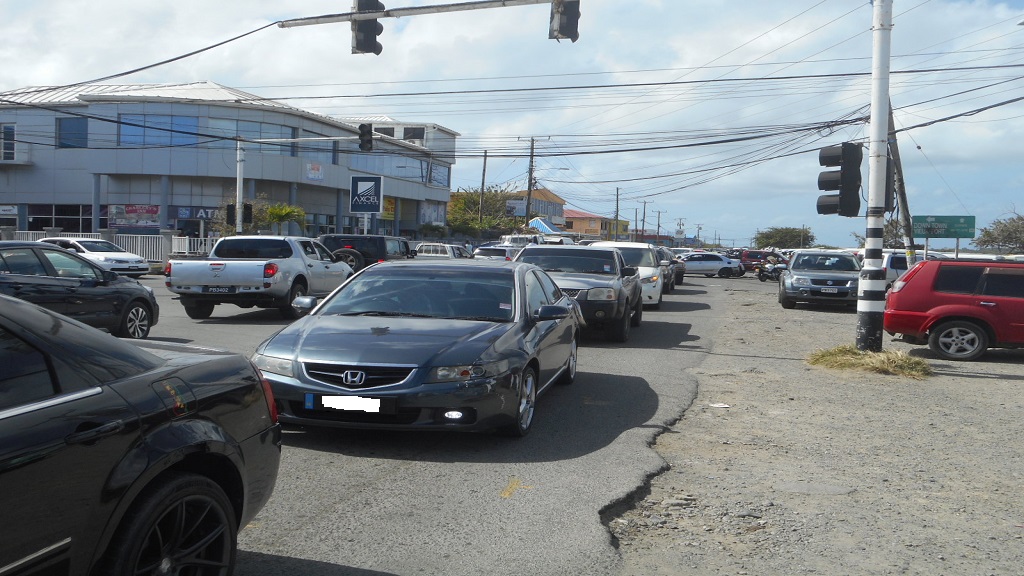 Vieux-Fort is experiencing traffic congestion like never before and it is causing headaches for both drivers and pedestrians.

The problem is exacerbated during social events when vehicular traffic is reduced to a crawl. The days leading up to Christmas was a nightmare for drivers who grappled to cope with traffic woes.

The problem is rampant on the Laborie/Vieux-Fort highway, New Dock Road, Beanfield and a section of Clarke Street, where both drivers and pedestrians use the roads indiscriminately.

Related article :Traffic 'flowing like a river' in Vieux Fort thanks to recent changes

Drivers attribute the problem to a number of factors, including poor traffic management on the part of the police, the need for a back road from the Vieux-Fort/Laborie highway to the main streets, the poor use of pedestrian crossings and the need for traffic lights at certain intersections.

Jeremie Willie, a minibus driver said: “One of the main causes of the traffic congestion is the poor use of the pedestrian crossing on New Dock Road. Pedestrians don’t use the crossings at the same time when they can do so…”.

He added that there is a need to have lights to control the use of pedestrian crossings because many people don’t know how to use it.

Terry Stanislaus, another driver, identified the cause of the problem as the changing of a two-way road which adjoins the Vieux-Fort/ Laborie highway into a one way and the altering of the direction of another road which adjoins Clarke Street, one of the busiest streets in Vieux-Fort.

Alexis Louisy said: “In order to reduce the traffic congestion in Vieux-Fort there needs to be a back road from the Vieux-Fort/Laborie Highway to Clarke Street.

“The situation is very stressful for minibus drivers. Something must be done to address the problem now,” Louisy said.

According to a police officer, the problem exists due to an increase in vehicles on the island.

“Right now, everybody has a vehicle. Many people no longer rely on public transport to take them to work,” the officer told Loop News.

As it relates to the concerns of pedestrians, they say they now have to be much more cautious when crossing the road to avoid being mowed down by reckless drivers who drive along the roads at breakneck speed.

Recently, the police made some changes to the traffic in Vieux-Fort, which include traffic diversions in a bid to reduce traffic congestion there.

In the meantime, drivers are bracing themselves up for more traffic woes in the upcoming days as we approach New Year celebrations.