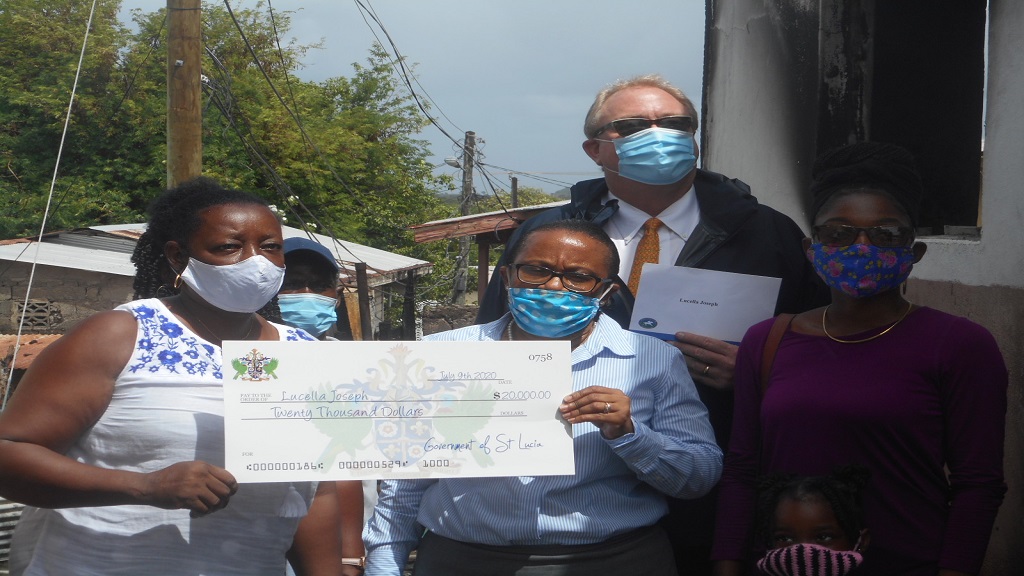 The Joseph family of Calvary Hill, Vieux-Fort, whose house was destroyed by fire a few months ago, has again received assistance in the form of financial donations.

Stepping up this time is the Vieux-Fort South Constituency Council and the St Lucia Turf Club.

In presenting the cheque on behalf of the council, Mayor of Vieux-Fort, Orricia Denbow-Bullen said the council is pleased to make the donation.

“The thing that touched us most of all was the fact that there were kids in the house,” she said.

According to the mayor, the council applied to government for assistance for the fire victims, but COVID-19 came, which caused a delay in the process.

“We went back to them to find out what had happened and were pleased when the Cabinet Secretary wrote us and said that the Cabinet of Ministers has agreed to make a donation of $20,000 to the family,” Bullen said. 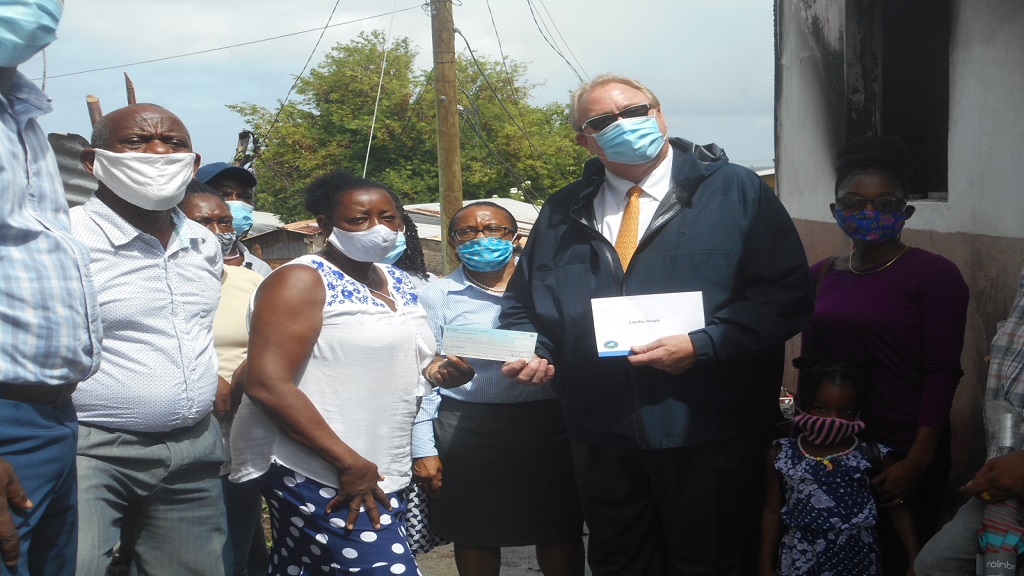 She said the council saw the need for it to go a bit further and seek assistance elsewhere for the family.

“We wrote to the St Lucia Turf Club and asked it whether it wouldn’t mind making a contribution, no matter how small it is, so they decided to donate $5,000,” she said.

In making the presentation, Benjamin Parrish Walden Jr, Chief Operating Officer of the St Lucia Turf Club, described the fire as a tragedy, adding that it is one that no one would want to face.

He said the club is happy to assist the fire victims.

Lucella Joseph, one of the fire victims, thanked the St Lucia Turf Club, the Vieux-Fort South Constituency Council and the Government for the donations, saying it will go a long way in rebuilding their home.

Just a few weeks ago, a carnival band in Vieux-Fort donated $3,500 to the fire victims.

Digicel donates US$100K to the OECS fight against COVID-19