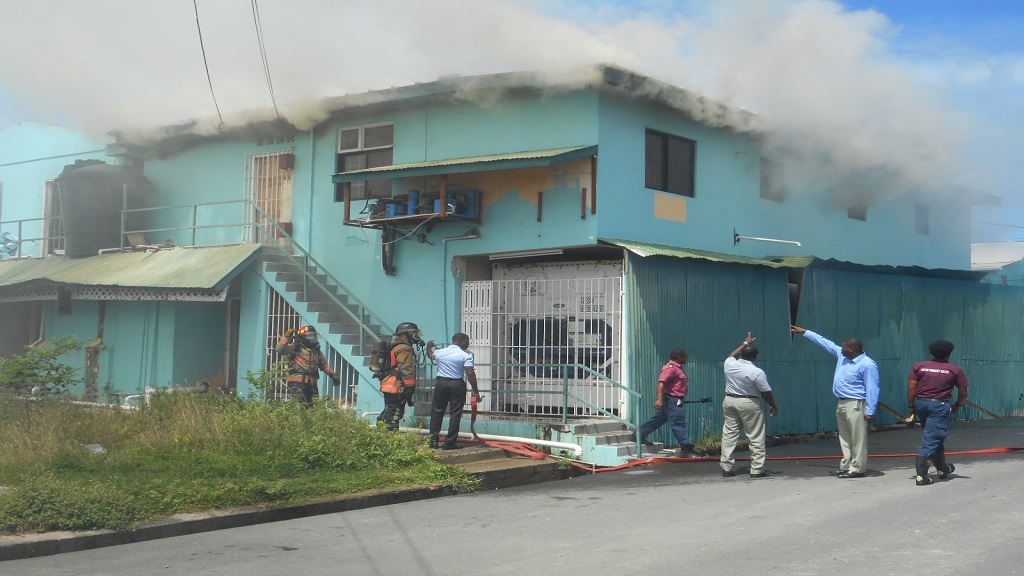 A building on Clarke Street, Vieux-Fort, which houses several business houses, was extensively damaged yesterday by a raging fire which created challenges for the firefighters.

The fire, which caused mainly internal damages to the building, started sometime after 1 pm in the upper floor of a two-story wall building which houses a hair salon, a tattoo shop, a meat shop and a restaurant and bar.

Firefighters responded with two fire trucks and two ambulances. Upon arrival at the scene, they quickly sprung into action, maneuvering among dangling live wires. As they gallantly fought the blaze, the live wires around them kept sparking, occasionally forcing some of the curious onlookers who kept encroaching towards the blaze to step back.

It was not until about 20 minutes after the firefighters started fighting the blaze that the Saint Lucia Electricity Services Limited (Lucelec) contractors arrived on the scene and cut off the power to the building.

The billowing smoke caused a few of the nearby business houses to close their businesses prematurely.

As of yesterday, the firefighters were unable to determine the cause of the fire, however, a staff member employed with one of the business houses in the upper floor of the building told Loop News that it started in the upper floor when an electric fan blew up. 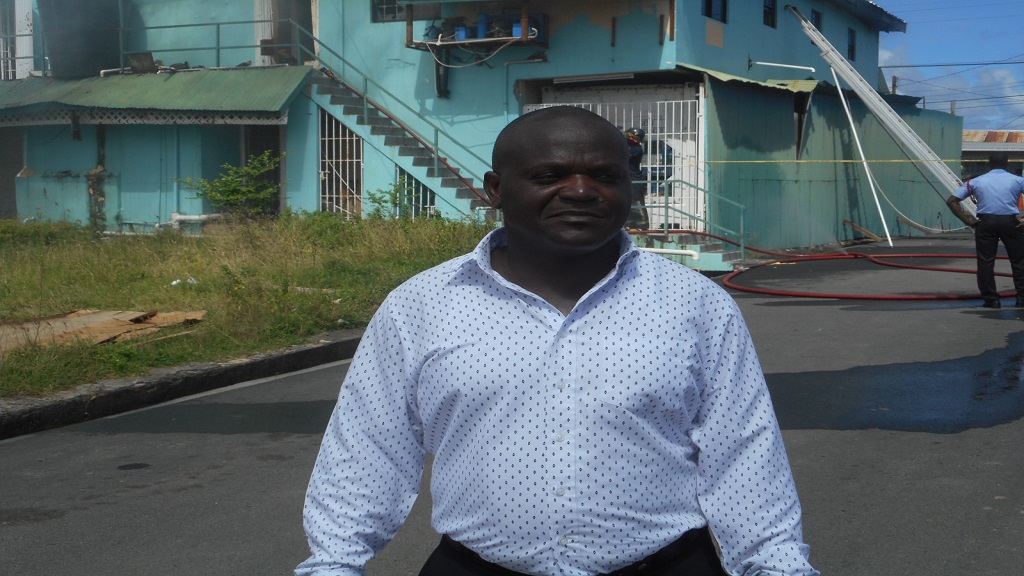 Commenting on the incident, deputy fire chief, George Victorin, who was at the scene of the fire, told Loop News that they experienced many challenges in accessing the fire because when they arrived at the scene, the building was energized and it took sometime before the Lucelec contractors arrived.

“In the meantime, we had to deploy some defensive attack fire tactics because we could not have advanced the way we wanted to,” Victorin explained.

He said in addition to such a challenge, the building was locked, which caused some delays in them entering it.

During the interview, he had expressed confidence that the fire would soon be under control.