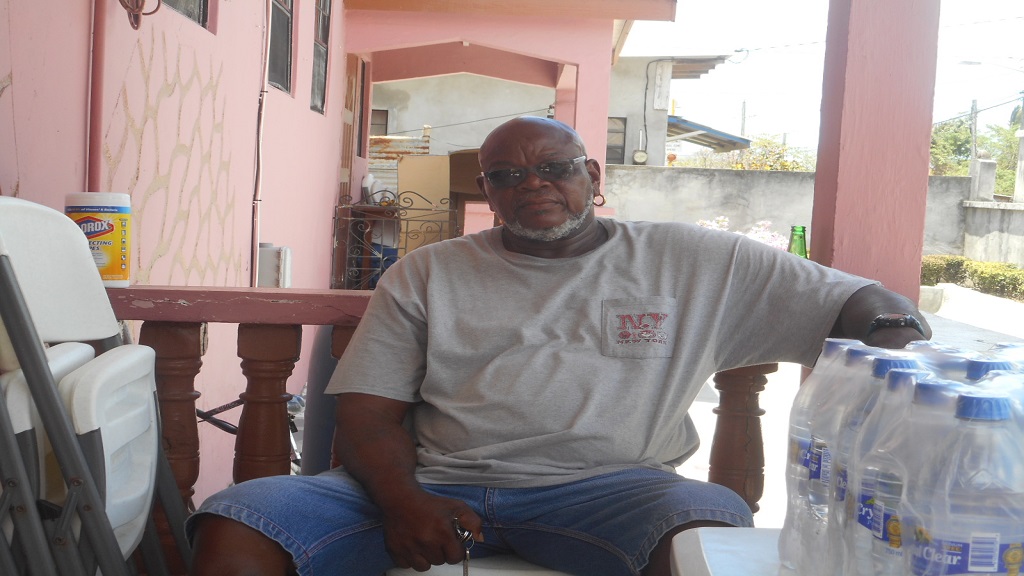 Bernard Aristide at his home

A resident of Vieux-Fort is now counting his lucky stars after an intruder fired three gunshots at him, one missing his forehead by inches, in what is believed to be an attempted robbery.

According to Bernard Aristide, 64, of La-Ressource, Vieux-Fort, he was in bed when he was awoken by knocks on his kitchen door.

“I heard someone calling me by my nickname “Cheir”, it sounded like someone who was in desperate need of help, so I opened the door,” Aristide told Loop News.

He said when he opened the door, he was surprised to see two men standing in front of it, one holding a gun. Aristide said he could not make out their faces because it was dark.

According to him, when he saw the men, he quickly tried to close the door, while they tried to pull it open.

“They then fired three gunshots at me, while I was behind the door, with one shot passing close to my forehead,” Aristide said.

He said he quickly dropped the door and went further in the house, but the gun-toting intruder came in the kitchen and shouted: “Where are you, I will kill you tonight.”

Aristide said during that time he was just a few feet from the intruder, but he (intruder) could not see him because it was very dark.

I was very afraid. I was trembling…”

The intruders left shortly after calling on Aristide to show his face a few times.

Aristide said during his ordeal, his 10-year-old grandson was in the house with him.

“My grandson was coming towards me while the men were around, but I told him to keep quiet because they will hear his voice,” Aristide said.

According to him, the incident has traumatized his grandson, who no longer wants to live in the house.

“My grandson said he is scared of the house,” Aristide said.

As of this morning, no one has been charged in connection with the incident.