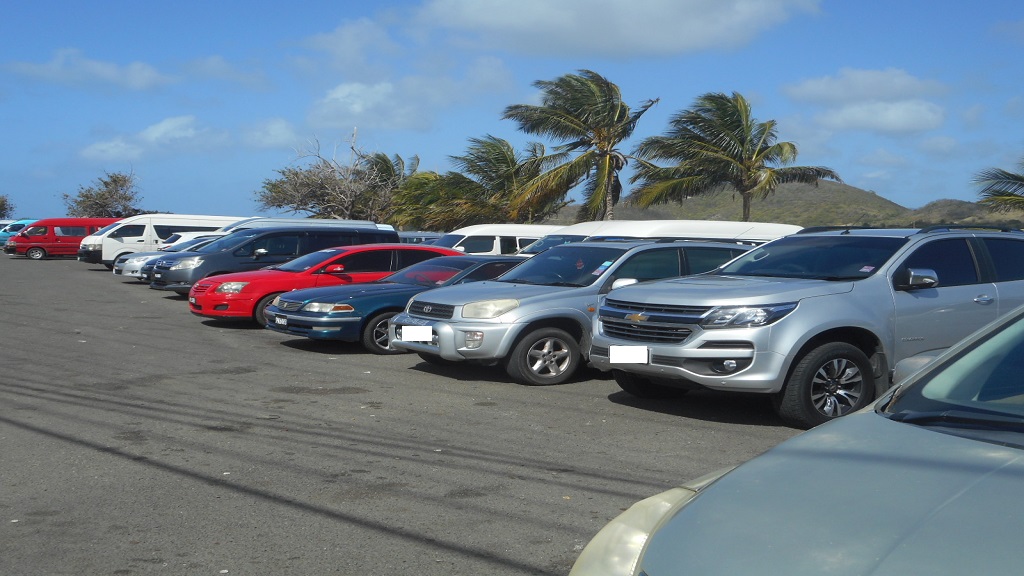 Private vehicles parked in the parking lot of minibus drivers

Minibus drivers who ply various routes from Vieux-Fort to other communities in the south of the island are complaining that owners of private vehicles are taking over their parking lots.

They say the owners of those private vehicles are so inconsiderate that they block the entrance of their parking lots, located on the Vieux-Fort/Laborie highway.

The problem recently got worse after the markings on the parking lots, which separate the various routes alongside each other, faded.

According to the concerned minibus drivers, what is even more worrying is that the police say that they can’t do much of anything to assist them.

The two cones which the police recently placed at the entrance of the parking lot to control parking there is of no help to the affected drivers.

Cletus Augustine, a minibus driver lamented: “We have taken our concern to the police, but they told us that they can’t give anyone a ticket for parking in our parking lot because it is not marked.”

He added that they have also taken their concerns to the Ministry of Transport, which is responsible for marking the parking area, but to no avail.

Nicholas Henry, another minibus driver described the situation as “irritating”.

“The drivers of those private vehicles don’t even use their discretion. They park anywhere,” he said.

According to Alexis Louisy, the situation has left him fed-up.

“Right now, we don’t know what to do. The parking lot no longer belongs to us...,” he said.

Another driver said that minibus drivers need to “pin” the drivers of private vehicles when parked in their parking lot for the problem to stop.

Recently, there have been minor accidents in the parking lot due to indiscriminate driving and parking.