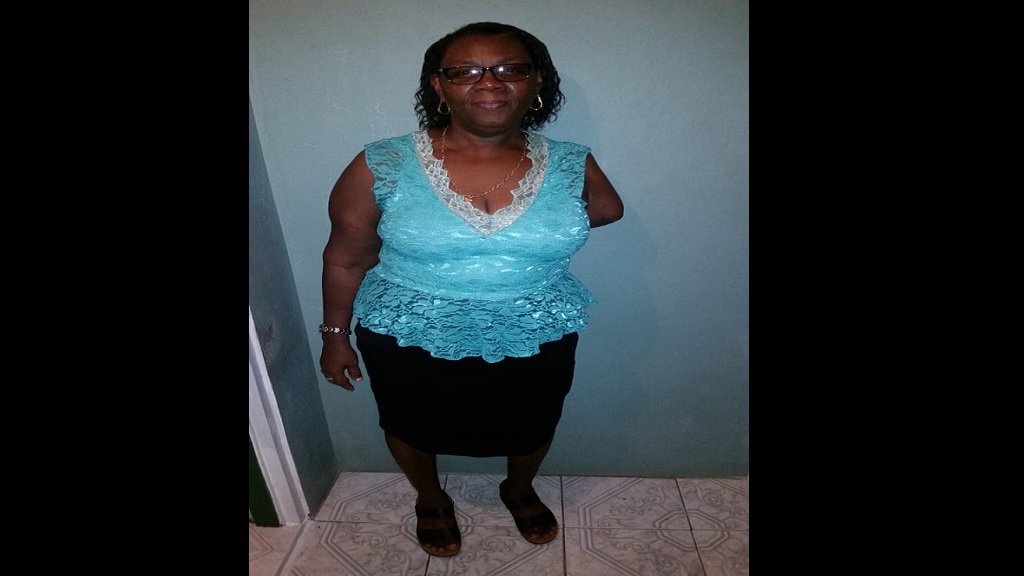 Remise Vigier lost one of her arms during the devastation of Hurricane Allen in St Lucia 40 years ago.

She says the harrowing experience still lingers in her mind and continues to thank God she is still alive today.

Hurricane Allen, which struck St Lucia on August 3 - 4, 1980, wreaked havoc on the island, claiming six lives and causing widespread property damage. In St Lucia winds reached 125 mph in the south and 105 in the north.

According to Vigier, who was a teenager at the time of the incident, she had just left her mother’s home in Westall Group, Vieux-Fort to collect her niece when a roof of a minimart flew from a distance and landed on her head.

“The roof fell on my head and I went through the galvanize during which a 2 by 2 post went through part of my left arm,” Vigier recounted, adding that she almost lost a leg as well during the ordeal.

Vigier said she managed to get under the roof and went to a neighbor for assistance where she collapsed.

According to her, the roof did not cut off her arm completely but because of its condition it was amputated at the hospital.

Vigier said that at the time of the incident she was the only one on the street and that her mother had warned her against going outside.

“I was a young brave lady at that time, and I am still feeling strong and brave,” she told Loop News.

Vigier said the incident still lingers in her mind, but she remains strong and focused: “That’s a day I will never forget. It was very terrible. I don’t want to go through that again."

An unemployed mother of three, Vigier said that despite losing one of her arms, she is able to do most things as usual: “I can wash cook, clean my home…”

She advised everyone to be extremely careful during the hurricane season.

“During a hurricane stay inside, don’t go outside. If your home is not safe, go to a shelter,” she warned residents.