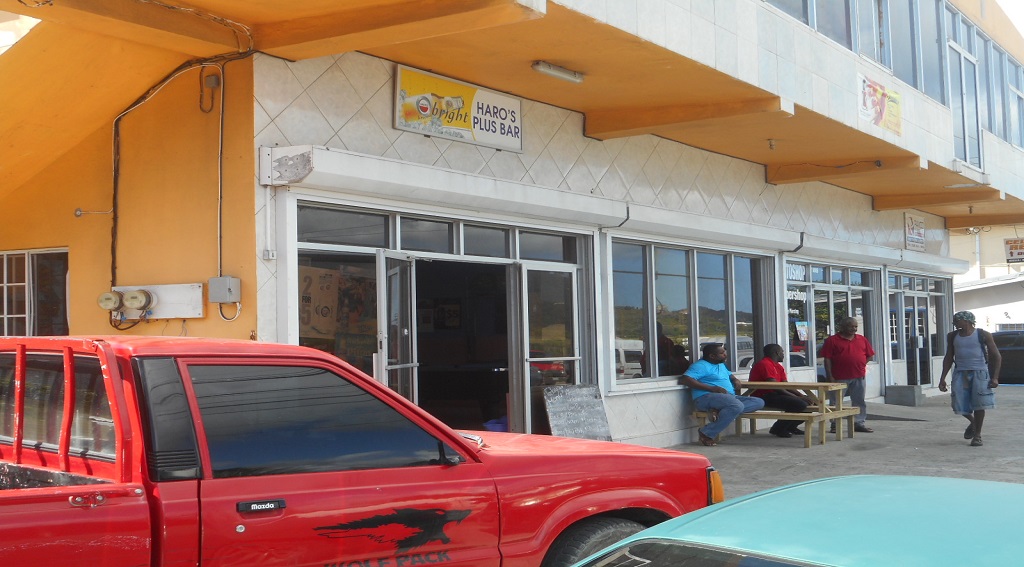 Haro's Plus Bar, the business house which was recently robbed in Vieux-Fort

As of yesterday, November 17, 2019, several persons were in custody assisting the Vieux-Fort police with their investigations into a spate of robberies in the town over the past few months.

The men, one of who is well known to the police, were held for questioning through intelligence gathering by the police.

Police believe the persons committing those crimes in Vieux-Fort use a vehicle whose number plates they constantly change. They also believe that those partners in crime are not only residents of Vieux-Fort but may include residents of Castries.

The most recent robbery occurred a few days ago when Haro’s Plus Bar was robbed of an undisclosed amount of money. Patrons at the bar, located on the Vieux-Fort /Laborie highway and near several bus stands, were searched and relieved of their cash.

Over the past few months, a number of persons have been held for questioning in connection with robberies in Vieux-Fort, but were subsequently released, due to a lack of evidence.

The constant release of persons held in connection with these offences in Vieux-Fort is of much concern to residents and even some police officers. Some of those persons have been held for questioning several times in the past for various offences but are always released without charges laid against them.

Residents are now wondering whether the criminals who are having a field day in Vieux-Fort are too tactful for the police to deal with.