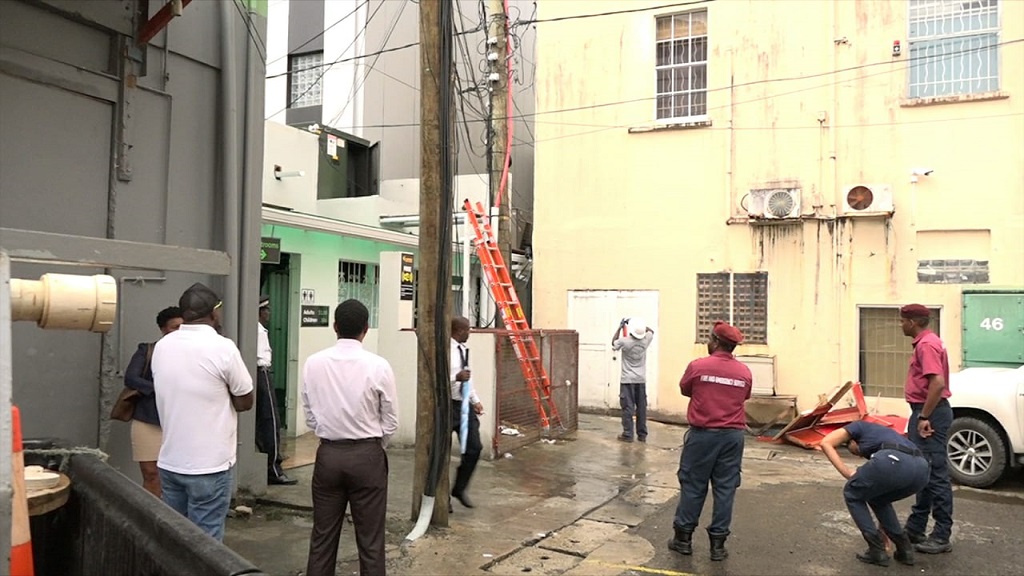 Acting Divisional Officer Germaine William of the Fire Services Headquarters spoke to reporters today about a fire on the William Peter Boulevard that occurred this morning.

"At approximately 9.39 am today, February 26, 2020, officers attached to the fire service headquarters responded to a call of a fire at the food court on the William Peter Boulevard. On arrival at the scene, the officers were informed that an electrical panel was inundated with water resulting in the fire.

The officers used a carbon dioxide extinguisher to extinguish the fire and subsequently de-energized the area with the assistance of LUCELEC.

The fire was extinguished about 5 minutes later because there were violent explosions so the officers had to let it temper itself a little.

The building didn't shake but the explosions were violent so it appeared that something was shaking."

William spoke very highly of the performance of the firefighters giving them a rating of "probably about 200% over the existing 100% because they were very methodical and precise in their actions this morning and I am extremely proud of my officers."

The Fire Service does not yet know how water got into the panel but William speculated that water may have pooled on the roof and managed to filter down.