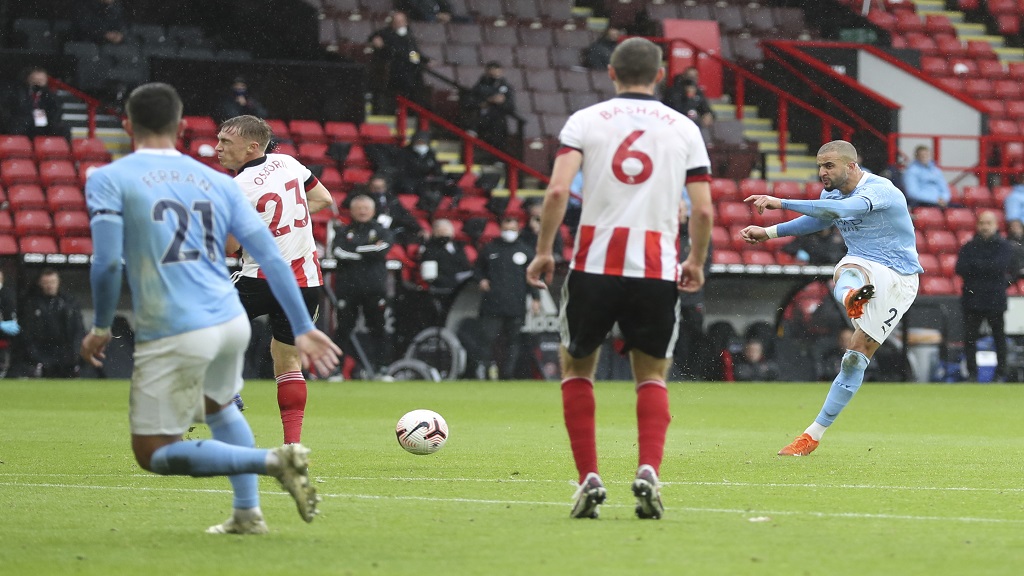 The right-back, who has been one of the few City players to be consistently impressive this season, collected a pass from Kevin De Bruyne in a central position, surged forward, and fired in an effort from 30 yards (metres) that found the bottom corner in the 28th minute.

While City slowly climbs the standings after starting the season a week after the majority of teams and following their early loss to Leicester, United stayed in next-to-last place courtesy of this sixth loss in seven games so far.

City dominated possession, especially in the first half, but again lacked a cutting edge without a natural striker. Sergio Aguero and Gabriel Jesus are out injured, so Ferran Torres — naturally a winger — started as a makeshift centre forward.

It meant United were never fully out of the contest and the home side had two great chances to equalise in the second half, with John Lundstram firing a first-time shot over the crossbar and Rhian Brewster denied by Ederson in a one-on-one situation as he tried to chip the goalkeeper.

Walker, therefore, had the honour of scoring the winning goal against his local club, which he joined as a 7-year-old and where he signed his first professional contract in 2008.

Amid injury problems throughout the City squad, the England defender has been an ever-present in the league this season. He also started both of the team's Champions League group games and featured for his country in Nations League qualifiers.

City have won three of their six league games at the start of their bid to wrest the title back off Liverpool.