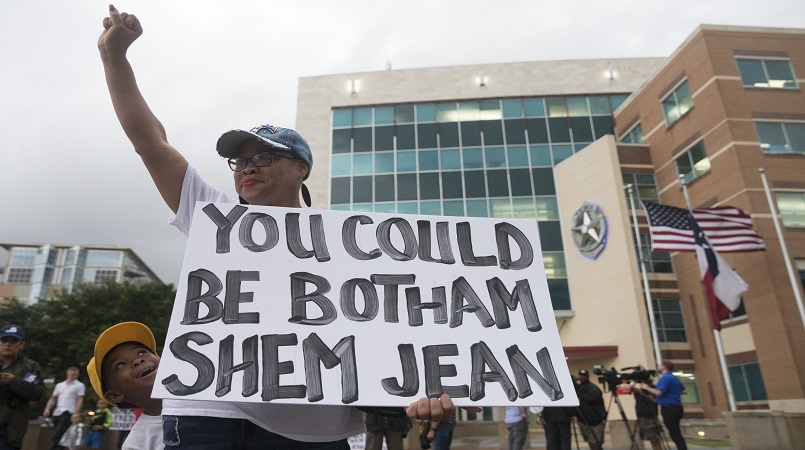 The Dallas Police Department has issued an update saying that the Texas Rangers have decided to not obtain a warrant at this time for the arrest of the officer who fatally shot St Lucian Botham Jean in his own apartment Thursday night:

"As Dallas Police Chief Renee Hall said during yesterday’s news conference, she made the decision on Friday morning based on the evidence gathered up to that point to seek a warrant for manslaughter.

The Texas Rangers were requested to conduct the investigation to eliminate the appearance of any potential bias.

When the Rangers arrived, the investigation was turned over to them and they made the decision to postpone pursuing a warrant, until they could follow up on information that they received from the interview with the officer.

The Texas Rangers will take the appropriate time to review the vast amount of evidence and information secured by Dallas Police Department investigators. This will allow them to be thorough in their decision as to how to move forward.

“On behalf of the Dallas Police Department, we are continuing to pray for Mr. Jean’s family,” said Chief Hall, “and ask that the community remain patient as this investigation is conducted.

The Dallas Police Department will continue to provide updates on the investigation in coordination with the Texas Rangers. 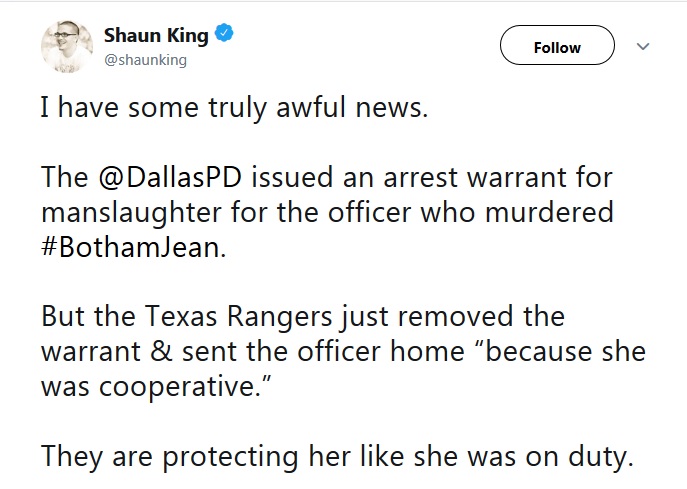