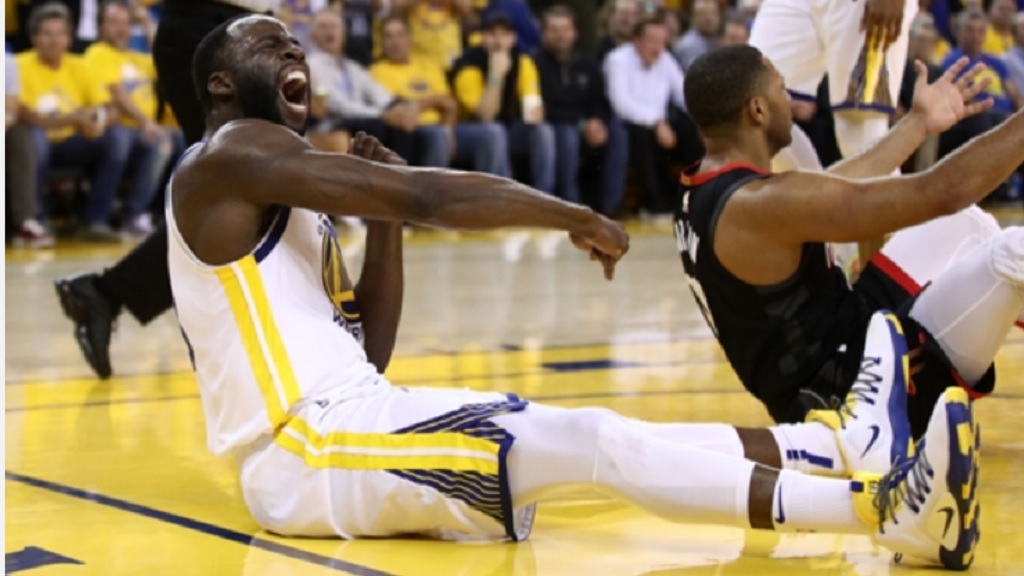 NBA champions the Golden State Warriors moved ahead in their Western Conference semi-final against the Houston Rockets, while the Milwaukee Bucks ousted the Boston Celtics.

At Oracle Arena in California, the Warriors defeated the Rockets 104-99 to claim a 3-2 lead in the playoff series on Wednesday.

Klay Thompson had 27 points, while Stephen Curry added 25 of his own for the Warriors.

Warriors star Kevin Durant left in the fourth quarter with a right calf strain and did not return. It is unclear what his status will be for Game 6.

As for Draymond Green's antics, he was called for a technical foul for kneeing Chris Paul after drawing an offensive foul.

Green would later foul out of the game after playing very well, especially in the early going on home court after collecting 12 rebounds and 11 assists.

Game 6 is set to be played in Houston on Friday – the Rockets facing elimination.

The Bucks won the final four games of the series by an average of 16.3 points, sealing a 4-1 triumph as Milwaukee await the winner of the Toronto Raptors-Philadelphia 76ers matchup.

Giannis Antetokounmpo tallied 20 points, eight rebounds and eight assists for the Bucks, who reached the Conference finals for the first time since 2001.

James Harden had 31 points, eight assists and four steals as the Rockets lost on the road.

Kyrie Irving led the Celtics with 15 points but his shooting woes continued as he went six of 21 from the floor and one of seven from three-point range.

Austin Rivers did not give the Rockets a lot of help off the bench, going one-of-six shooting and 0 for four from beyond the arc.

Giannis with the slam!

The Greek star showcased his MVP credentials again as the Bucks progressed in the postseason.

In a series where every game but the last one has been good, the Portland Trail Blazers once again have a chance to play on their home court. Portland are fantastic at home and have a chance to extend the series to seven games with victory against the Denver Nuggets.

Bucks even series with Celtics, Warriors take 2-0 lead over Rockets