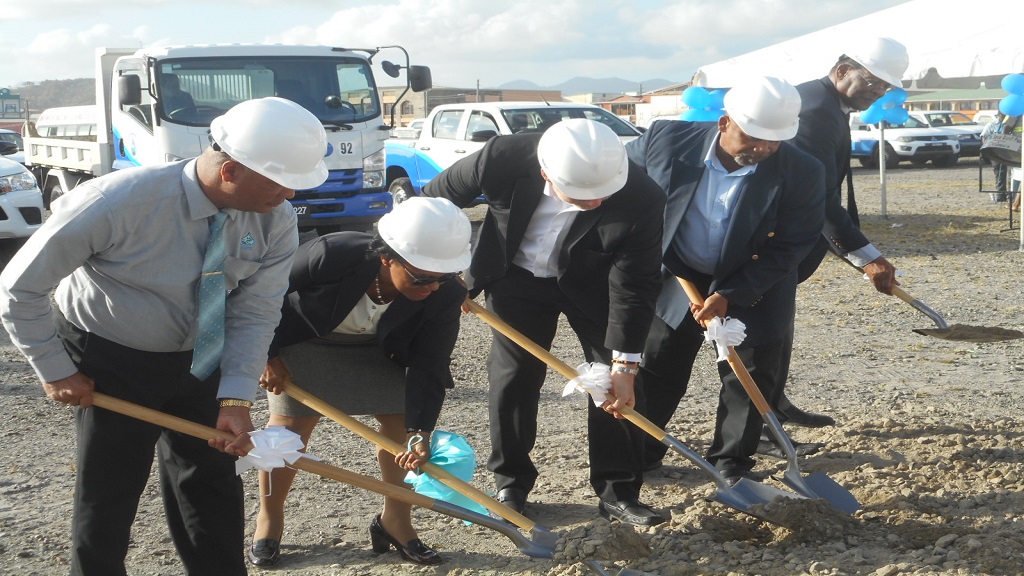 Residents of the south can expect a much-improved service from the Water and Sewerage Company Inc. (WASCO) when it completes its new southern office in Beanfield, Vieux-Fort.

That’s the promise made to residents of the south by Chairman of the board of directors of WASCO, Francis Denbow, and the Minister of Agriculture, Fisheries, Physical Planning, Natural Resources and Cooperatives, Ezechiel Joseph, at the groundbreaking ceremony of the building, which was held yesterday, January 30, 2020.

In his address to the attendees, Denbow said the office will be impressive and built in a perfect location. “For some time now, WASCO has been contemplating of building its own office in Vieux-Fort to provide a permanent location to effectively deliver its service, increase its clients and provide adequate and comfortable space for its staff."

He said work on the ground should commence by late February to early March 2020, adding that it will continue for a period of fewer than 12 months if things go according to plan.

According to Denbow, the customer service and environment will be so pleasant, that customers will be happy to come to the office to pay their bills.

He said since assuming office in August 2016, the WASCO board has been extremely busy.

“We have completed several water re-development projects all over the country so as to satisfy the water demands of our people,” Denbow said.

At one point in his address, he waved a document which he said is the Development Control Authority (DCA) approval for the construction of the building, which was an apparent response to the parliamentary representative of Vieux-Fort south, Dr Kenny Anthony, who claimed that WASCO was not given such an approval from the DCA.

The 10,000 square foot, two-story building will cost 7.5 million dollars and be financed in part by the Bank of Novia Scotia and the Bank of Saint Lucia. It was designed by a Vieux-Fort based engineering company, where the contractor of the project also hails from.

WASCO's southern office in Vieux-Fort, for over the past 50 years, has been operating from leased properties.