WATCH: Bad Boys unite! Inner Circle link up with Will, Martin in Miami 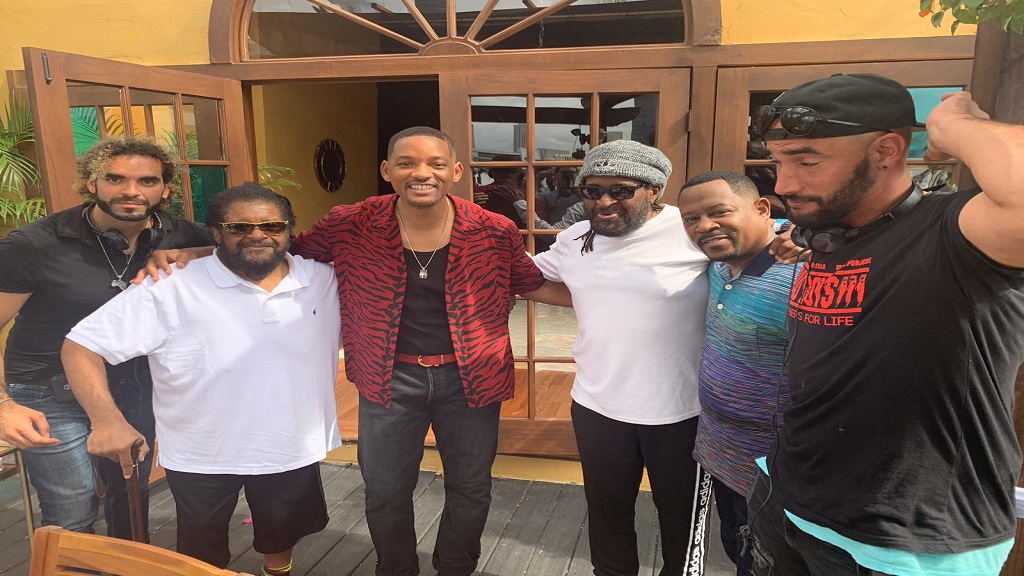 Will Smith and Martin Lawrence, co-stars of the movie Bad Boys For Life, hang out with Roger (second from left) and Ian Lewis (third from left) of Inner Circle, at Island Gardens in Miami on Monday. Bilall Fallah (left) and Adil El Ardi, co-directors of the film, are at left and right, respectively. The movie, which has Inner Circle's song Bad Boys as part of its soundtrack, opens in January.

Bad Boys For Life, the third installment in the popular action movie franchise, completed production in Miami, Florida on November 4. A post-filming party that took place at Island Gardens had a Jamaican flavour.

Will Smith and Martin Lawrence, the film’s stars, and co-producer Jerry Bruckheimer, were joined by Roger and Ian Lewis of the Inner Circle band whose song, 'Bad Boys', is part of the film’s soundtrack.

'Bad Boys' was also used in the first installment of the film, Bad Boys, released in 1995, and Bad Boys II which was released in 2003. Smith, who is also co-producer for Bad Boys For Life, and Lawrence reprise their roles as smart-talking police detectives Mike Lowrey and Marcus Burnett.

Filmed mainly in Miami and Atlanta, Bad Boys For Life is scheduled for release on January 17.

“It was a nice vibe, my dad and uncle Roger had a great time hanging out with Will Smith and Martin Lawrence. Real nice,” said Abebe Lewis, who heads Inner Circle’s social media programme.

The Lewis brothers, who formed Inner Circle in 1968, did an impromptu rendition of Bad Boys with Smith, Lawrence, and co-directors Adil El Arbi and Bilall Fallah of Belgium.

The event took place two weeks after Roger and Ian Lewis were awarded the Order of Distinction by the Jamaican government for their contribution to the development of the country’s music.

Released in 1987, Bad Boys remains a staple of Inner Circle’s live shows. The song is from their album of the same name which won the Grammy Award for Best Reggae Album in 1994.

The work continues for Third World