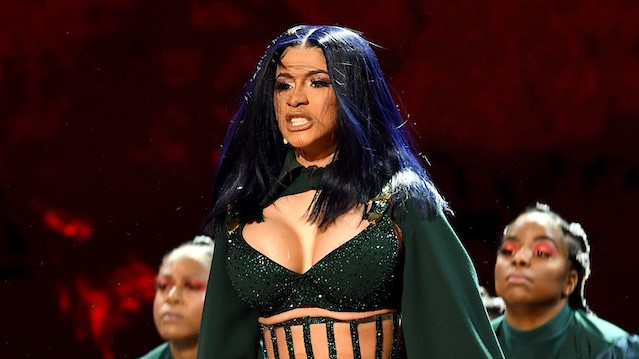 Cardi B's application to trademark the catchphrase "Okurr" has been denied.

According to documents obtained by The Blast, the US Patent and Trademark Office has filed the term under "widely-used commonplace expressions". The 'Please Me' rapper had intended on using the word on an apparel line and various merchandise. Officials added that "Okurr" "does not function as a trademark or service mark to indicate the source of applicant's goods and/or services."

Cardi - who has 11-month-old daughter Kulture with husband Offset - previously defended her trademark application. She said: "Every single time I go to a corporate meeting, these folks be like, 'Oh my god, can we please hear you say "Okurrr'?" ... You think I ain't gonna profit off this sh**?!"

Meanwhile, it was recently reported that the 'Bodak Yellow' hitmaker filed a trademark application for the name "Bocktails with Cardi B" as she'd like to host a TV programme that'll see celebrity guests spill the gossip in front of the cameras as the rapper supplies them with booze. According to TMZ, the 26-year-old hip-hop star wants to use the name for "entertainment services in the nature of providing ongoing episodes for distribution via television and the Internet featuring celebrities and artists."

She'd also like to drop some clothing - such as "T-shirts, sweatshirts, caps, footwear, skirts, dresses, blouses, sweaters, pants and shorts" - under the trademark. And create her own line of alcohol - "except beer and beverages containing beer."

Watch: Cardi B pleads not guilty to new charges in strip club brawl

Cardi B admits having liposuction days after revealing breast implants