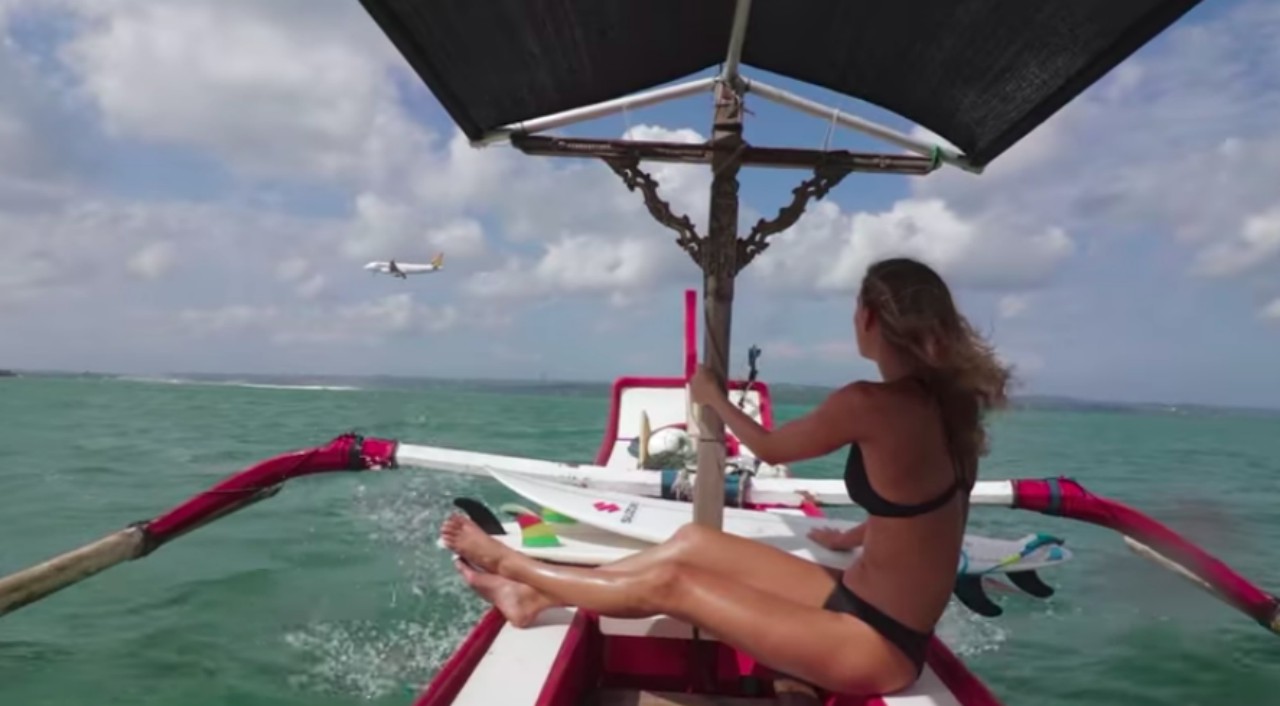 Seen doing 360s, bottom turns and cutbacks amongst other tricks on her board as she surfs through barrels that every surfer dreams of, Chelsea is causing a buzz internationally with the launch of her “Wandering” video series. Published by several top rated surf media houses around the world with captions such as “Chelsea Tuach dazzles”, “A Barbadian Babe ripping”, “Bajan Ripper”, the first in this three-part video series which features Chelsea surfing in Indonesia, is being well received by surf enthusiasts the world over and is bringing great exposure to Barbados.

'Wandering Indonesia' posted on Chelsea's YouTube Channel has amassed over 13 000 views in one week.

In the description Chelsea says:

"Wandering Indonesia” showcases the moments where I step away from my competitive lifestyle and travel to a place where I can simply surf with my heart, slow down and absorb a new culture. It is my opportunity to showcase women’s surfing and to inspire young girls and all viewers looking for a change pace from the usual surf edit."

Chelsea admits that as she charges across the face of waves globally, she simple forgets to layback and take in more than the surf. She said her desire is to enjoy every aspect of a new place - food, culture and people. "Something I forget to do when I’m competing.”

Through the series Chelsea will document her trips. "I wanted to inspire others to live with their hearts and nurture their passions. It was my opportunity to create a female surf video, one that inspires young girls and gives viewers a change from the usual surf content.”

'Wandering Indonesia' was made possible by Suzuki Caribbean. It was edited by Billy Sencha and directed by Thomas Edgar.

Watch the 'Wandering Indonesia' video below:

The next video, 'Wandering El Salvador' is scheduled to be launched in December. Negotiations are underway with the Barbados Tourism Marketing Inc. (BTMI) to produce the final video in this series in Barbados in order to showcase all that Barbados has to offer in terms of great waves, food and fun activities.

Meanwhile, Chelsea is in Australia training hard for her final event in Peru where she will be Barbados’ lone representative at the Pan American Surfing Games slated for December 5 – 9 at Punta Rocas, Peru. This is the first time that Barbados will be participating in this prestigious, regional Olympic pre-qualifying event since November 2011, when at the tender age of 15, Chelsea ended fifth overall in the Open Women’s Division. She is hoping to take it one step further and make the podium, gaining maximum points for Barbados and thus contributing to the realization of her dream of qualifying for the 2020 Tokyo Olympics, which will feature surfing for the very first time.

Chelsea Tuach, Chelsea Roett into Round 4 of Barbados Surf Pro