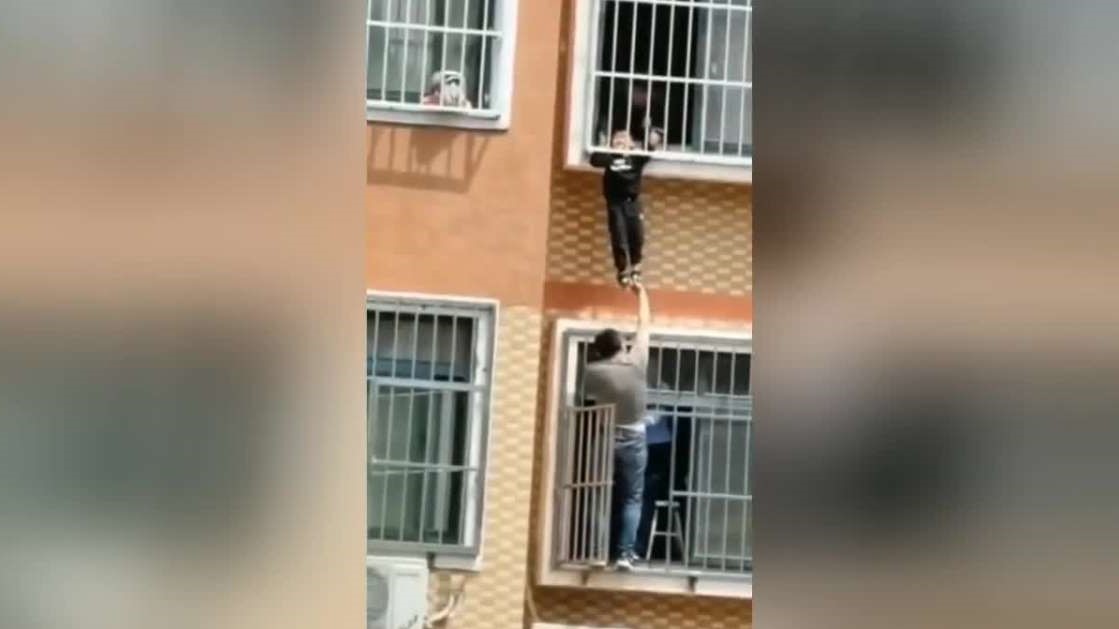 A heroic man saved a six-year-old boy hanging from the seventh-floor window of a residential building after his head got stuck in security nets.

In another clip, Zang uses a chair to reach the boy's feet and pushes him up, while the boy's father holds his arms to lift him back up inside the house.

According to reports, the boy stopped breathing at one point and Zang managed to resuscitate him after supporting his weight from beneath.

After the boy's father came back home, he helped Zang rescue his son together successfully.

No thought for their own safety: Hero students disarm gunman

UN: Malawi is 1st nation to use malaria vaccine for children