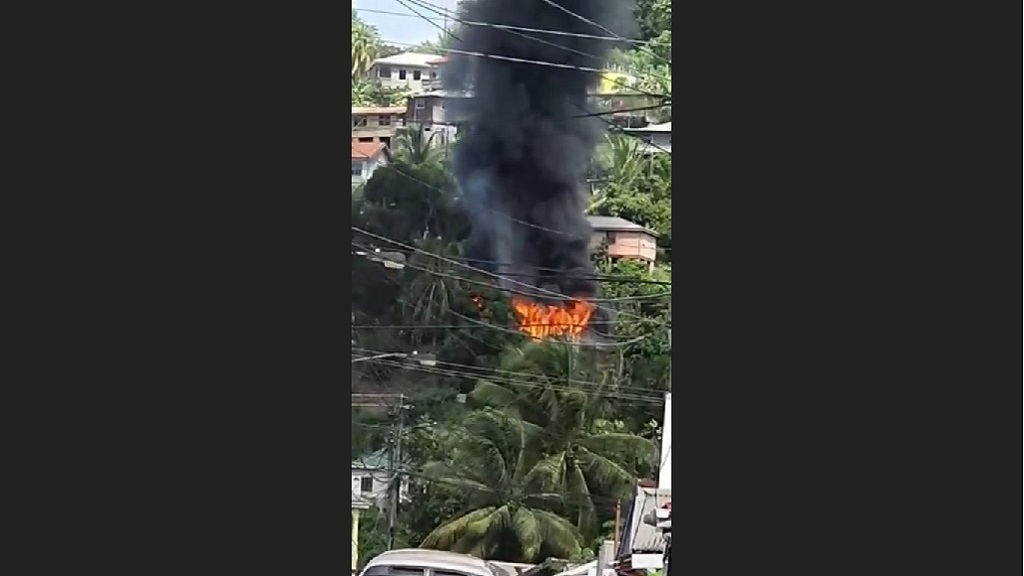 Loop News spoke with David Antoine, St Lucia Fire Service Divisional Officer, who said that the structure that burned was a wooden dwelling believed to house six people. No injuries were reported.

Antoine said that a major challenge the responding officers faced was the distance between the location of the fire and the Castries Fire Station, which allowed for the structure to be fully engulfed to the point of being completely destroyed by the time of their arrival.

Antoine said that there was not much that could be done by the time they got to the scene beyond extinguishing the flames and doing a complete mop up.

As a consequence of the fire, there have been renewed calls for the erection of a fire service within close proximity of the area.

Antoine responded to the calls saying that even if a station is not built, the presence of a truck and some personnel in the area would be helpful such that those closeby could respond quickly and be supported by the Castries station later on.