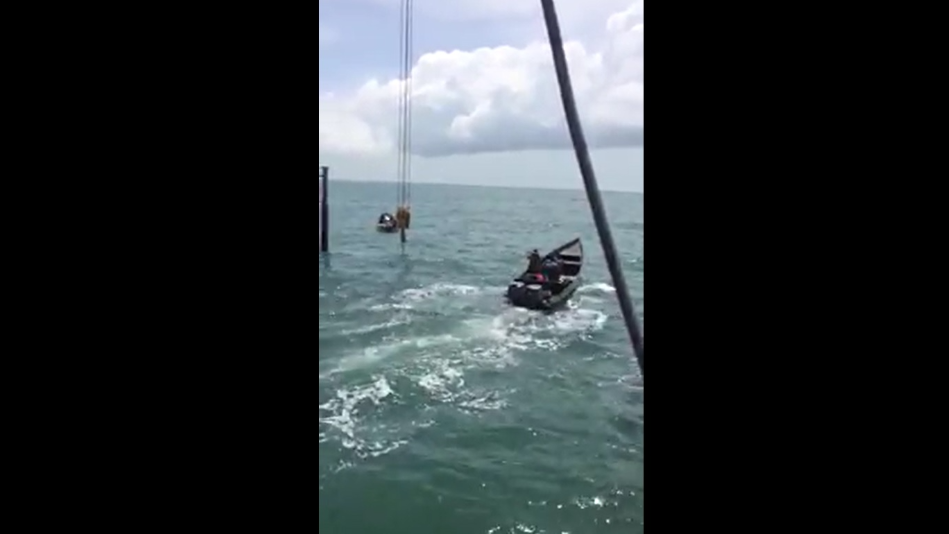 Video footage shows offshore workers watching on in shock as three Trinidadian fishermen are approached by what appear to be three Venezuelan men, armed with assault rifles, wearing uniforms, in broad daylight and in view of workers on the rig.

When the pirogue gets close to the fishing vessel, the fishermen are forced to disembark and are taken onto the pirogue with the armed men.

The incident allegedly occurred near Soldado Rock off Trinidad's south coast. Soldado Rock is approximately seven miles away from the northern coast of Venezuela.

A source told Loop News that the incident has left some shaken as there are concerns as to whether staff members are at risk.

The source said this is one of several incidents involving Venezuelan boats that he has seen over the past weeks, one of which included a sinking boat. The occupants of that boat were rescued by a private vessel.

The source said that in the past few months, he has not seen any Trinidad and Tobago Coast Guard (TTCG) vessels near that area.

He added that in the past few months, Venezuelan men and women have been seen in boats begging for supplies. He said in some cases, whatever food and supplies workers could spare were given to them.

Loop News has reached out to the TTCG for comment.

Woman killed for $2800 in Trinidad