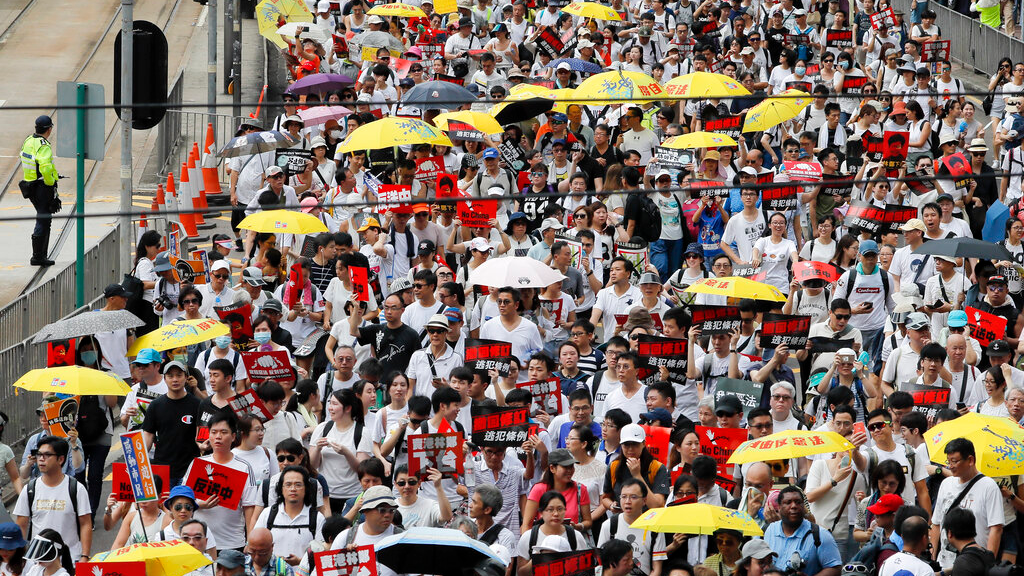 A sea of protesters was marching through central Hong Kong on Sunday in a major demonstration against government-sponsored legislation that would allow people to be extradited to mainland China to face charges.

The massive protest came three days before Hong Kong's government plans to bring the bill to the full legislature, bypassing the committee process, in a bid to win approval by the end of the month.

Hong Kong's leader, Carrie Lam, has pushed forward with the legislation despite widespread criticism from human rights and business groups. Opponents say that China's legal system would not guarantee the same rights to defendants as in semi-autonomous Hong Kong.

"What can we do to get Carrie Lam to listen to us, how many people have to come out to make her reconsider listening to the public?" said Miu Wong, a 24-year-old office worker who joined the protest.

Hong Kong, a former British colony, was returned to China in 1997 but retained the right to its own social, legal and political systems for 50 years under a "one country, two systems" framework.