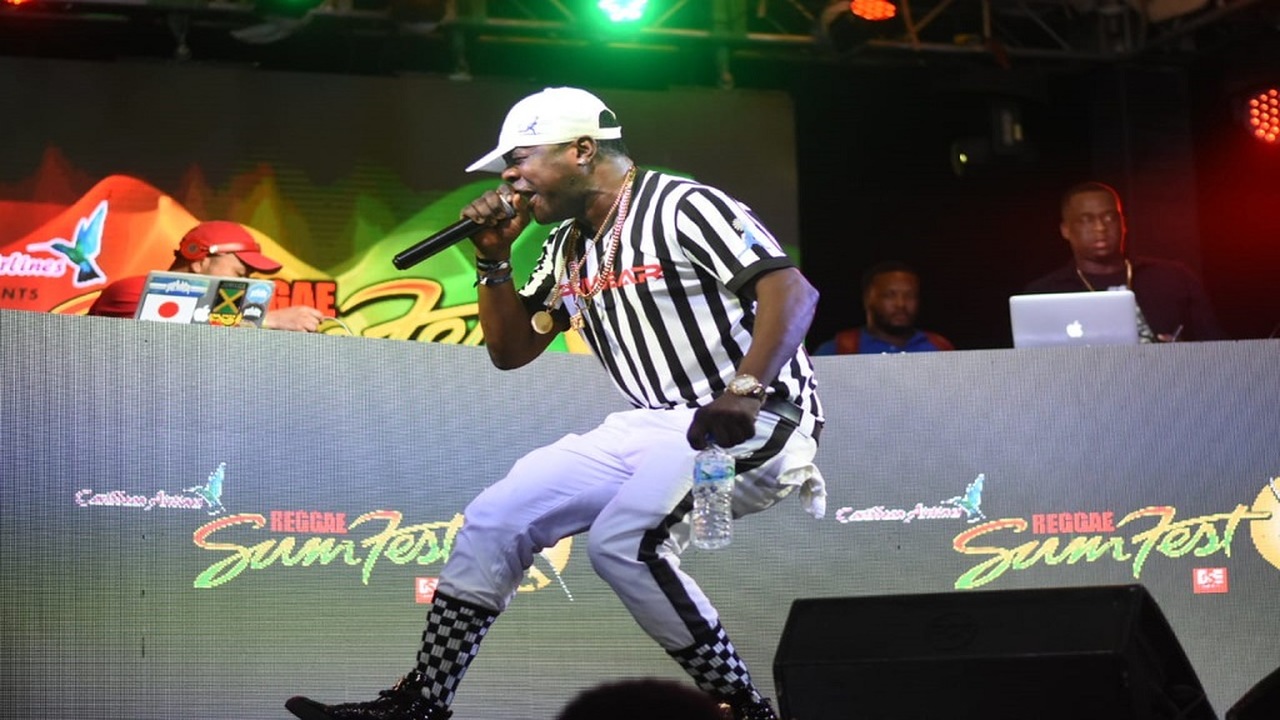 Popular emcee Nuffy reacts after a set during the Sumfest Global Sound Clash on Thursday at Pier One in Montego Bay, St James.

The vibrancy and international appeal of Jamaica's sound system culture was all too evident at Pier One in Montego Bay on Thursday.

Jamaica to the world again as people from all parts of the globe packed inside the car park of the venue for the Reggae Sumfest Global Sound Clash.

Whatever ills that may be besetting dancehall presently and the sometimes negative and debaucherous messages that emanate from the genre, none can deny its earning potential and infectious appeal.

Selectors from around the world have been drawn to the clash phenomenon and have often bested locals, the originators. That was the case again in Thursday's battle that featured two veteran Jamaican selectors in Ricky Trooper and Pink Panther; Warrior Sound of Germany; King Turbo from Canada; and Yard Beat from Japan.

All the selectors from foreign lands seemed to have worked hard at listening to the Jamaican style of toasting and heavy patois accent and did their best to get it perfect.

In the end, Mattia of the Germany-based Warrior Sound struck the right chord with the audience and swept away all comers.

He told Loop News afterwards that, although he has won other clashes before, winning a title in the home of dancehall/reggae, Jamaica, was a significant achievement for him.

Jamaica's sound system culture began in the 1950's with Sir Coxsone and Duke The Sebastian going head to head in dance halls - that mode of entertainment is still alive today and kicking in doors around the globe.

Reggae Sumfest launches in T&T, soca to get main stage spot in 2020