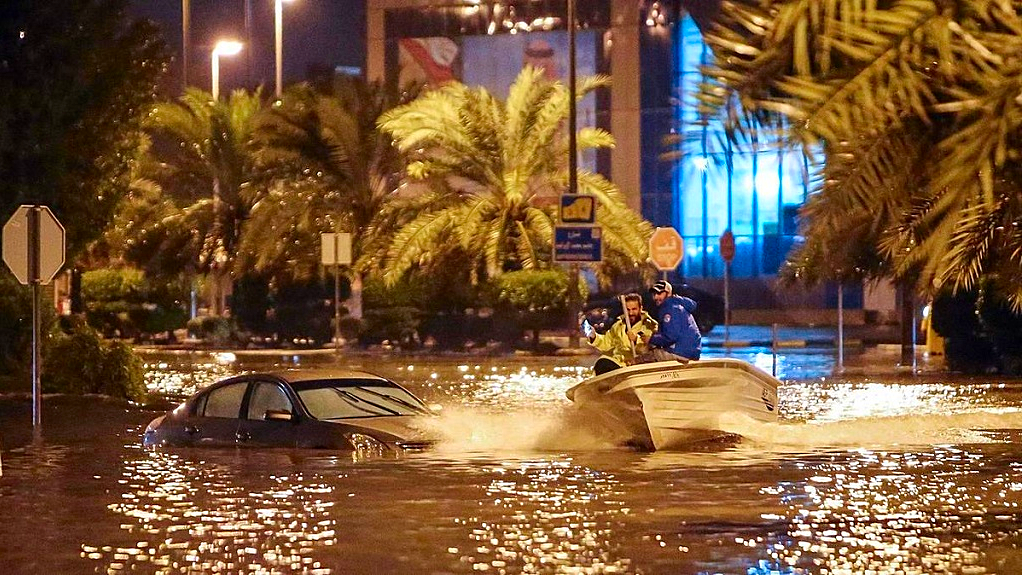 Kuwait has temporarily suspended flights to and from its international airport due to bad weather and heavy rains that have impacted visibility.

The state-run Kuwait News Agency says that incoming flights are being redirected to airports in Saudi Arabia's eastern city of Dammam and Bahrain's capital, Manama. Heavy rain is expected until Friday morning.

The government ordered schools, colleges and ministries to close for a second day Thursday. Footage posted on social media shows torrents sweeping away cars as sewage systems failing to drain the heavy downpour.

Elsewhere, the Saudi-aligned Al-Hayat newspaper quoted the kingdom's Civil Defense as saying 30 people have died in recent weeks across different regions of Saudi Arabia from floods there.

Saudi emergency crews say around 1,500 people have been rescued and close to 4,000 evacuated.

Florence the week after: Thousands brace for more flooding