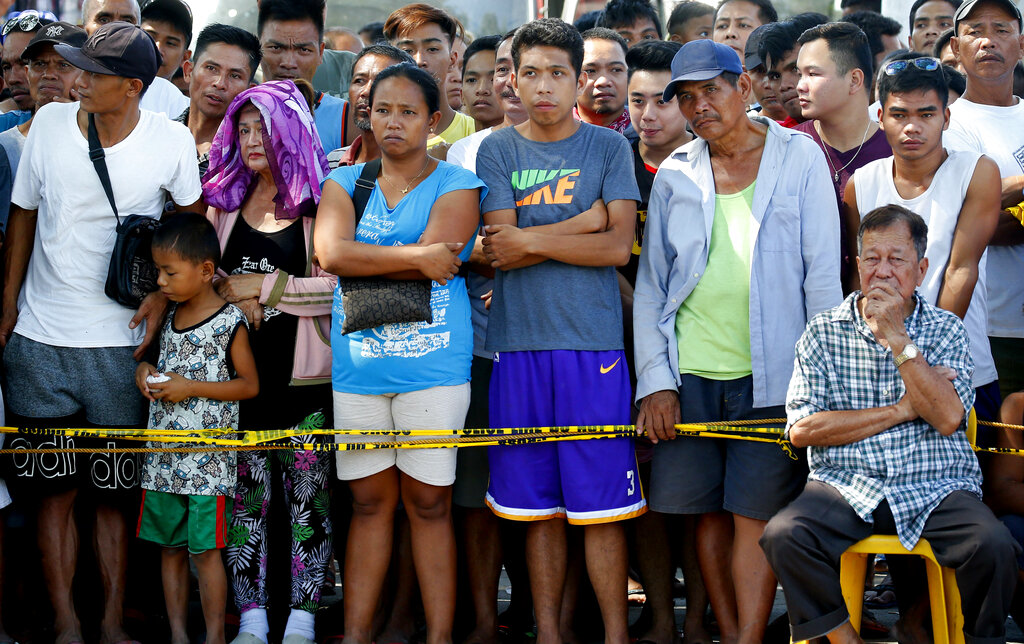 The Latest on powerful earthquakes in the Philippines (all times local):

The U.S. Geological Survey says a magnitude 6.3 earthquake has hit the central Philippines, a day after 6.1 quake hit the country's north and killed at least 11 people.

The new quake hit Tuesday afternoon and was centered 13 kilometres (8 miles) east of Tutubigan in the country's central region. The quake was relatively deep at 70.2 kilometres (43 miles).

A supermarket crashed down in Monday's powerful earthquake, which damaged buildings and an airport in the northern Philippines. The death toll is now 11, with more missing.

Officials say rescuers have found more bodies overnight in the rubble of a supermarket that crashed down in a powerful earthquake that damaged buildings and an airport in the northern Philippines. The death toll is now 11, and 24 people are missing.

Mayor Condralito dela Cruz said the bodies of four victims were pulled from Chuzon Supermarket in the town of Porac.

Rescuers used cranes, crowbars and sniffer dogs to look for people in the rubble, some of whom were yelling for help.

Authorities inserted a tube to blow in oxygen in the hope of helping people pinned there to breathe. On Tuesday morning, rescuers pulled out a man alive, sparking cheers.

Hope fades in Philippines for dozens trapped in landslides