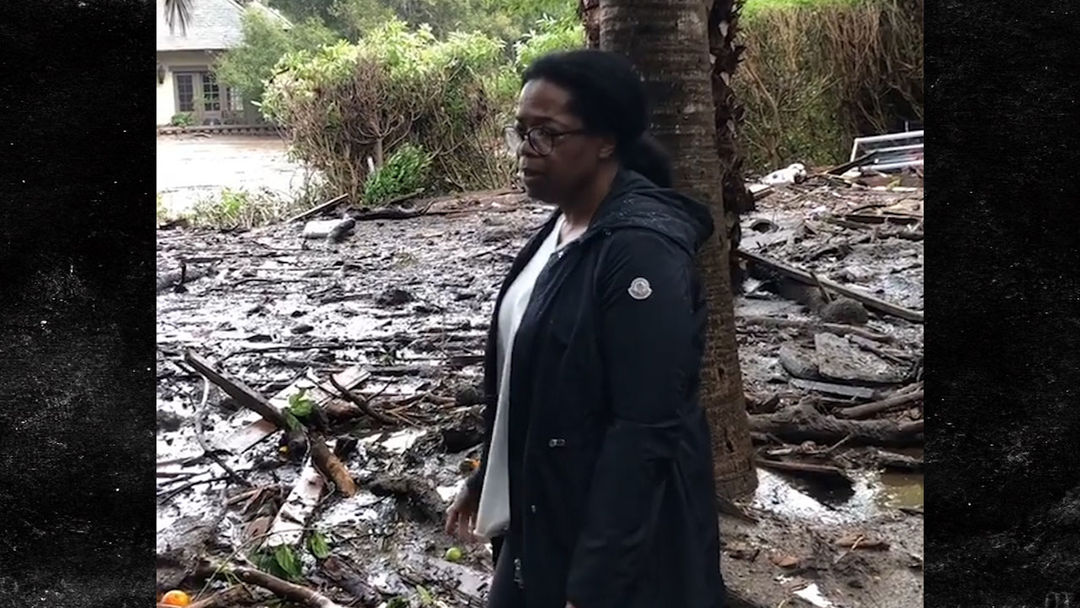 Broadcaster Oprah Winfrey has released video footage of the devastation wreaked by the flash flooding which hit Montecito before dawn on Tuesday.

The footage, shot on Tuesday and Wednesday, shows Winfrey describing the scene as she walks through a sea of mud.

Search-and-rescue teams from all over California were meanwhile working their way through the muck and wreckage of the town, a wealthy enclave of 9,000 people northwest of Los Angeles that is home to a number of celebrities.

California authorities say 100 single-family homes were destroyed in the flash-floods that struck Montecito and adjacent areas of Santa Barbara County.

The death toll from Tuesday's pre-dawn flash flood rose to 17 on Wednesday as more bodies were found.

Another 17 were still reported missing.

By Wednesday, some 500 searchers had covered about 75 percent of the inundated area, authorities said.