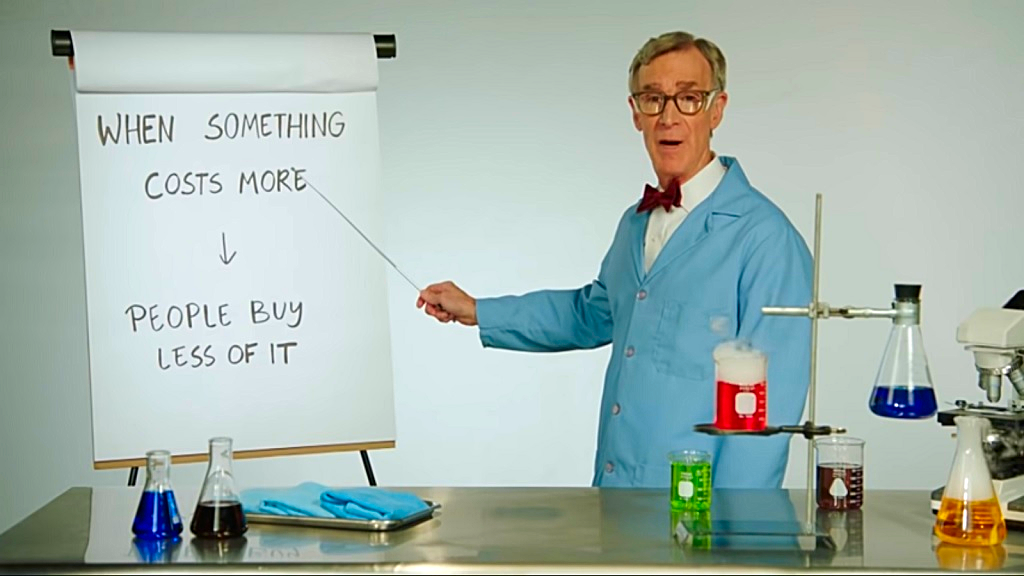 Nye, who was known for a PBS programme for children in the late 1990s, berated viewers for disregarding climate change, saying the situation is critical.

“By the end of this century, if emissions keep rising, the average temperature on Earth could go up another four to eight degrees,” Nye says, losing his patience. “What I’m saying is the planet is on fu**ing fire,” he says while taking a torch to a globe.

“There are a lot of things we could do to put it out. Are any of them free? No, of course not. Nothing’s free, you idiots. Grow the f**k up. You’re not children any more. I didn’t mind explaining photosynthesis to you when you were 12. But you’re adults now, and this is an actual crisis, got it? Safety glasses off, motherf***rs.”

Oliver was discussing a proposed 'Green New Deal', a plan to curb climate change proposed by US House of Representatives’ Alexandria Ocasio-Cortez and environmental advocate and Senator Ed Markey.

The Green New Deal outlines points to reduce greenhouse gas emissions such as:

- Upgrading all existing buildings and building new ones so that they achieve maximum energy efficiency, water efficiency, safety, affordability, comfort, and durability.

- Cleaning up existing hazardous waste and abandoned sites, and

According to reports by the Intergovernmental Panel on Climate Change and the U.S. Global Change Research Program, a global average temperature exceeding pre-industrialized levels by 2 degrees Celsius or more will cause more than $500 billion in lost economic annual output in the U.S. by the year 2100.

Forest areas affected by wildfires in the U.S. will at least double by 2050, and there is risk of damage to $1 trillion of public infrastructure and coastal real estate in the U.S..

In order to stop temperatures from rising beyond 1.5 degrees Celsius, the target aimed for in the 2015 Paris Agreement, global emissions must be reduced to zero by 2050.

US donates equipment to help fight climate change in Caribbean

UN: Environment is deadly, worsening mess, but not hopeless