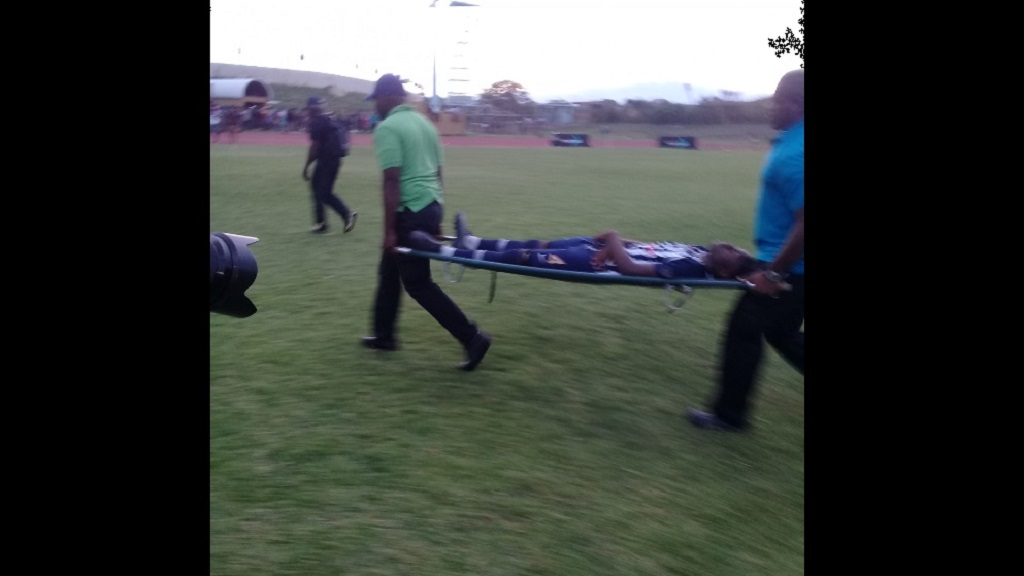 Jamaica College player Terrence Francis being stretchered off the field of play at a Manning Cup football match against Wolmer's Boys' School at Stadium East in St Andrew on Monday afternoon, after a lightning strike during the game. (Photos: Job Nelson)

A bolt of lightning struck players in the ISSA/Digicel Manning Cup football match between Wolmer's Boys' School and Jamaica College (JC) at the Stadium East field, resulting in the match being called off by referee Karl Tyrell.

Jamaica College player, Terrence Francis, along with Dwayne Allen of Wolmer's, were both taken to hospital for observation, with Francis having to be stretchered off the field after he failed to respond to treatment on the field of play. 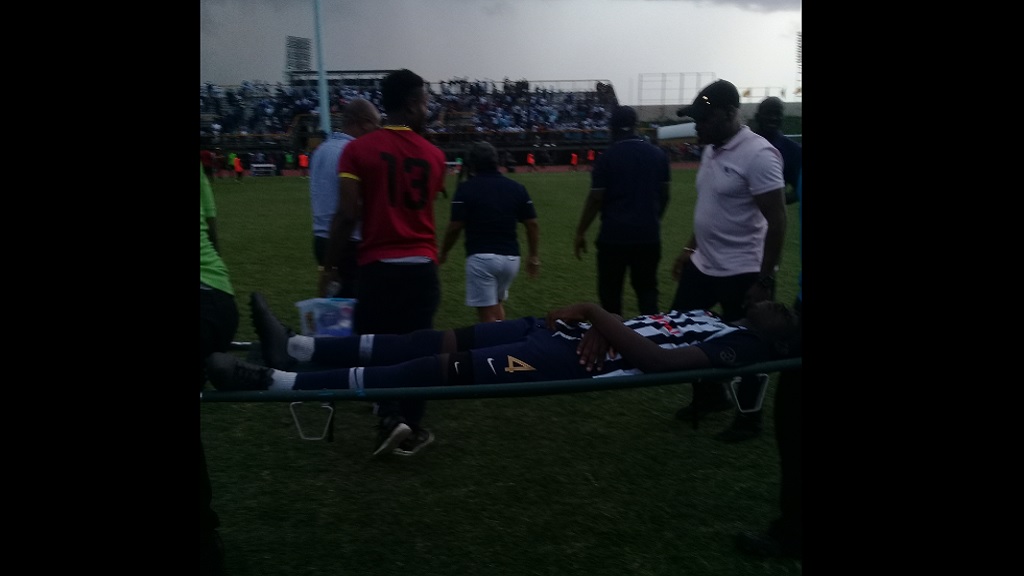 A closer view of Terrence Francis being stretchered off the Stadium East field after a lightning strike during a Manning Cup football match at the venue on Monday afternoon.

Up to the time of publication, there were indications that all was not well with the JC player.

Allen, who along with three of his teammates and another player from JC, went down immediately after the flash of lightning, got up and seemed okay at first, but upon observation by medical personnel, was advised to join Francis to be taken to the University Hospital of the West Indies (UHWI).

It is so far unclear exactly what ailment the players suffered from.

Wolmer's were leading the contest 2-1 at the time of the incident, with approximately five minutes of play remaining.