WATCH: Ross from 'Friends' proves he's not the wanted thief in the UK 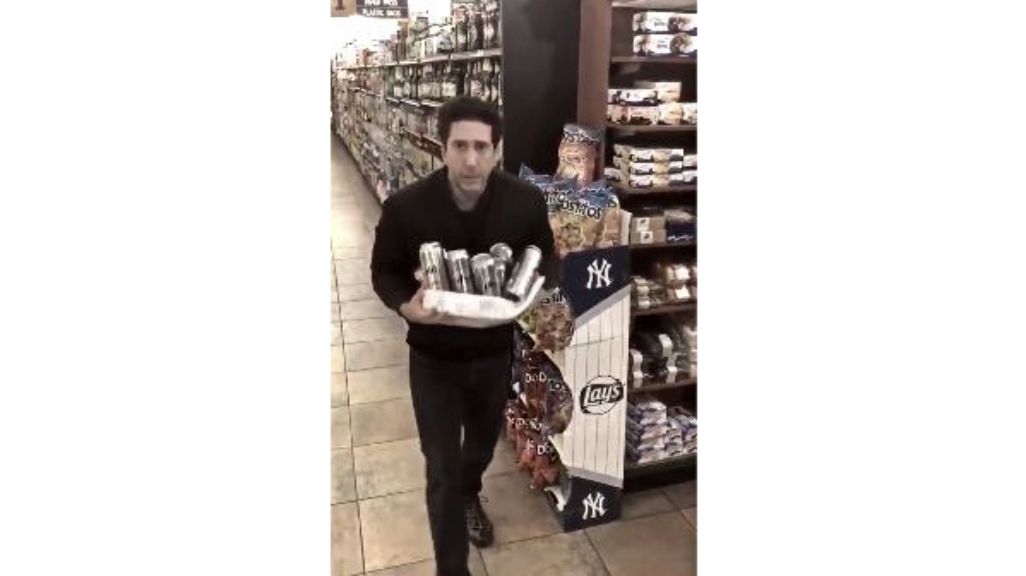 A still from the video shared on David Schwimmer's Facebook page.

We guess we could call this story, “The One Where Ross Supplies An Alibi.”

Actor David Schwimmer has hilariously responded to those who are convinced that he — or more specifically his character Ross Geller from “Friends” — is a suspected thief in Blackpool, England, despite police ruling him out.

“Officers, I swear it wasn’t me. As you can see, I was in New York,” Schwimmer, 51, tweeted Wednesday alongside a video. “To the hardworking Blackpool Police, good luck with the investigation. #itwasntme”

In the video, Schwimmer can be seen carrying a bunch of cans, mimicking his lookalike.

On Tuesday, Blackpool Police posted a CCTV image to Facebook asking witnesses to identify a suspect who appeared to be stealing a case of beer.

Plenty of inside jokes from the show ensued online.

Beer lovers, listen up: New book has some life hacks for you