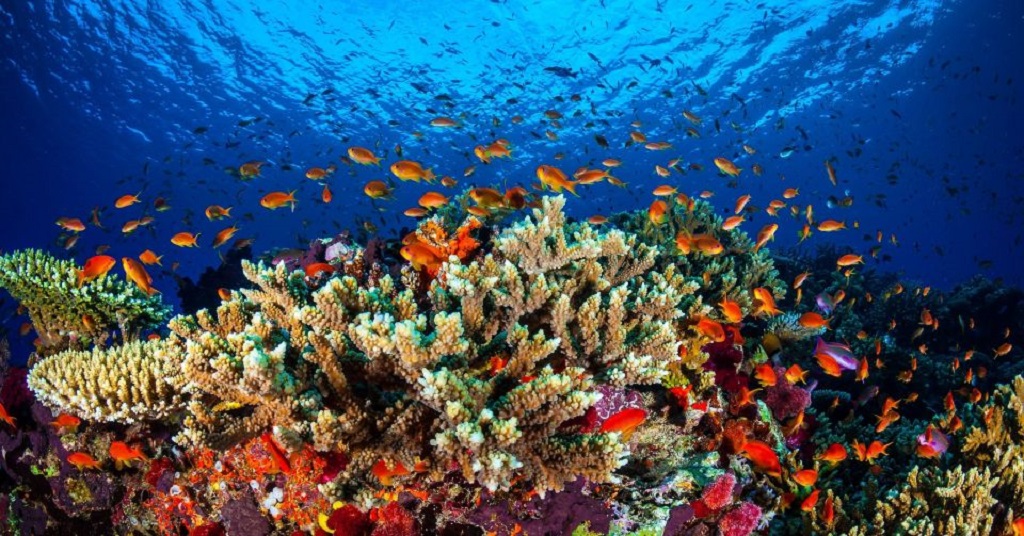 The Great Barrier Reef is one of nature's most beautiful creations.

But away from the golden shoreline, underwater, our modern world is making it harder for the coral to survive.

Now, if the scientists get it right, there is new hope that it might be saved for future generations.

The outlook is optimistic, trials in Philippines have shown that tiny coral babies can thrive and within three years they grow to become size of a dinner plate.

Large enclosures using mesh curtains and special tiles to monitor growth have been created around damaged areas of reef which might not be able to regenerate naturally.

Here the teams deposited millions of coral larvae back onto damaged areas.

Within days they could see coral polyps surviving, settling into their new home.

The project is being led by Professor Peter Harrison from Southern Cross University.

He says: "What we have here now is the opportunity to put literally millions of larvae back into the reef system, and watch them grow into juvenile corals and then hopefully into adult corals. So it's really exciting."

Harrison has grown different species of coral in vast tanks in his laboratory.

This project is not designed to restore the vast network of more than 3,000 reefs over 344,000 square kilometres.

But it has huge potential for smaller, "feeder reefs" that supply coral to other areas and support the broader marine ecosystem.

Wachenfeld says: "The reef is battered and bruised. It's more impacted than it's ever been before."

The change in policy direction came because the size of the coral was not large enough to reproduce.

Wackenfeld says: "This is a time for us to do more and act now to save the Great Barrier Reef."

Looking to the future scientists are looking at whether it's possible to launch larger scale restorations, using hundreds of millions of coral larvae.

Almost a half of reef systems around the world have degenerated or are likely to become so in the coming few years, the researchers say.

South Asia is worst off with 95 percent of its coral highly degraded and under threat.

The process involves capturing coral sperm and eggs that float on the surface after the annual spawning.

This results in microscopic larvae which are then matured in tanks and eventually returned to the ocean where their survival chances are very high.

The Great Barrier Reef is a marvel which draws visitors from around the world.

Sandy McFeeters from the GM Heron Island Resort believes the survival of their industry relies of the health of the coral.

She says caring for it is "absolutely critical. If we don't have the reef, we don't have a tourism business. So, it's really important that we care for it appropriately."

The technique has worked on a small scale and the Federal Government is contributing 600-thousand Australian dollars (approx. 450-thousand US dollars) which includes funds to identify new sites.

Making larger nets will be the next challenge and will cost up to one to two million Australian dollars (750-thousand to one and a half million US dollars) over the next five to ten years.

Senior Ranger, Andrew Congram says: "It's everything to me. I've worked on it for nearly 30 years. Made a career out of it. And it's very important to me and for the future generations of Australia."

Finding a way to restore coral reefs has been Harrison's lifelong ambition:

"I don't know of any reef system on the planet that is now healthier than it was 35 years ago. And that's really sad, but it drives me to make sure that while I'm alive we can try by doing research that will actually have a meaningful impact," he says.

Scientists say that the research could lead to the rebirth of the reef system around the world.

Canada to fund climate resilience in Jamaica and the wider Caribbean