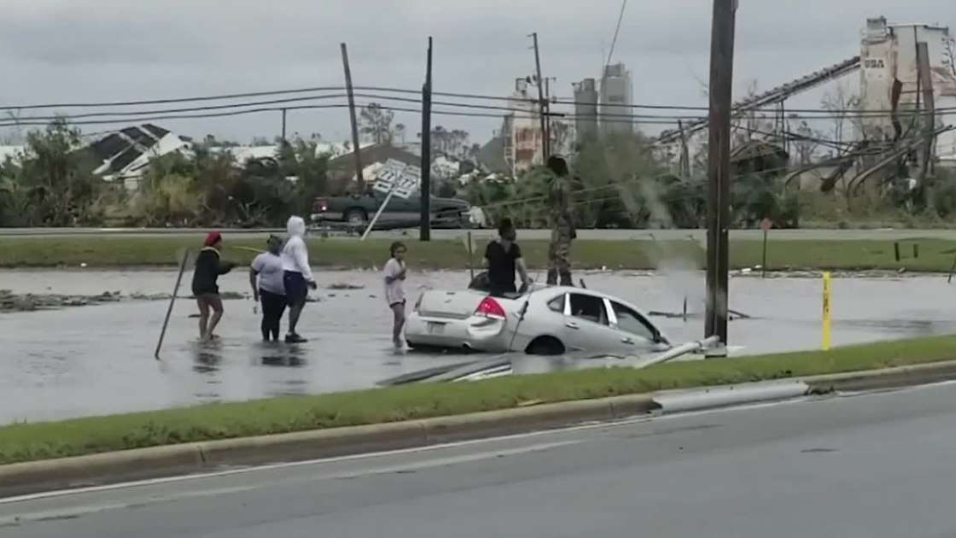 These were the shocking scenes in Panama City, Florida, on October 10 as Hurricane Michael ripped through the state.

Brent Shavnore filmed the wreckage as the local community had to, literally, pick up the pieces of what was left of their homes and belongings.

The eye of the storm alleviated some pressure of Panama City residents by giving them some time without the relentless torment of mother nature.

He later extended his condolences with: "My prayers go out to everyone affected by this storm. Panama City will never be the same."